Yesterday I read an interesting blog from out friends over at GunnersTown where it was suggested that with Arsenal unable to compete with Manchester City financially, that we should perhaps stop trying to chase them in the transfer market and concentrate on promoting youth.

No matter how much money we generate through our self-sustain model, or how much Stan Kroenke would mythically pump in, Manchester City owners would just pump in more.

The argument in the blog from GunnersTown is that if we accept that we are not going to be able to compete financially, and therefore it is unlikely we will challenge for the title; should we concentrate on playing youngsters. On playing local lads who actually care about the club rather than the crazy money they are on. 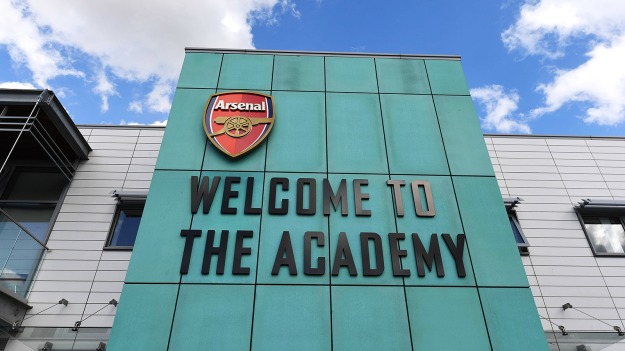 There is an example as to what GunnersTown are talking about in Germany.

German football is dominated by Bayern Munich who have won the last 7 league titles.

Based on 2017/18 accounts, Bayern Munich have a total revenue £255m higher than Germany’s 2nd richest club – Borussia Dortmund – and there wage bill nearly double. There revenue is higher than the 2nd and 3rd richest teams in Germany combined (Dortmund & Schalke) and they generate £420m more a season than Borussia Mönchengladbach in 4th.

The financial inequality that teams and fans basically write off competing with Bayern Munich for the title. They know it is nearly impossible. There is an acceptance.

So what happens instead is these clubs concentrate on developing and bringing through young players. Seeing youngsters break through into the 1st team, and then go on to the national team is the goal of almost every Bundesliga team bar Munich.

The success of the national team then becomes the success for these fans to celebrate because, even if the players move elsewhere, they remain linked with the club they came through. They are very much still seen as “their players” regardless if they end up at Manchester City, Real Madrid or, inevitably, Bayern Munich.

Returning to Arsenal; if we accept that we can not compete for the title whilst Manchester City are state sponsored, should we stop spending hundreds of millions on mercenary footballers chasing them? Would fans not get more joy seeing local fans breaking through, developing, and then pushing into the England team?

I think at this point we have to make the distinction between match going fans and TV fans which GunnersTown also does.

If you are not challenging for honours, I think match going fans would rather see local players getting their chance, whilst TV fans would want to “see the best players possible.”

Now Arsenal would have to “give something back” to match going fans if they decided to accept not chasing the title and instead promote youth. To put simply, Arsenal would half the season ticket prices.

Halving ticket prices would reduce revenue by around £50m (gate receipts currently equal ~£100m a season). Arsenal would then have to shave £50million off the wage bill to manage this.

It would also be sensible for the club to budget without any European football, just in case the worst happens.

All other revenue streams would stay the same as domestic and overseas TV rights are agreed by the Premier League and our major sponsors are tied to long term deals.

So Arsenal’s revenue would drop by £87million a year. A huge drop that would come directly off the wage bill.

Nevertheless, #AFC wages are higher than all other Premier League clubs, though we can anticipate increases in #LFC £208m and #THFC £127m (both yet to publish 2017/18 figures). However, Arsenal note “the club has invested further in its player wage bill”. pic.twitter.com/xrjo2VcFIg

Shaving £1.5m off the weekly wage bill is not an easy task, but is manageable:

All of the above cost Arsenal just a little shy of £1.6m. 3 have already left and I imagine bar Aubameyang, most would not be too upset to see the others leave.

The key now is that instead of Arsenal going out and buying the likes of Yannick Carrasco, Joachim Anderson, Dennis Praet or Wilfreid Zaha, the club looks internally to replace the majority of those that leave, looking at Freddie Ljungberg’s U23 squad.

Arsenal would still require a new left back, central defender and striker, but with intelligent recruitment on young players, we should not need to pay more than £70,000 a man on all 3 players.

So where would that squad finish?

In the short term we we probably be looking at 6th – 8th. But as the many teenagers continually improve in the mid term, as few sold for big money and reinvested, there is no reason we could not build a Champions League challenging team in the same way Tottenham have done.

It would perhaps be a 5-year project to strip the club down and rebuild it before we become regular Champions League challengers again, and it would take a huge mental shift for fans (and I am sure we would lose some of those fans who only support Arsenal due to certain players).

We are sitting watching young, local lads, with a conveyor belt of them coming through. Season tickets are half what they are now, and we are back to being a settled top 6 team.

It is well worth thinking about…

3 thoughts on “What would a Homegrown Hale End squad look like?”