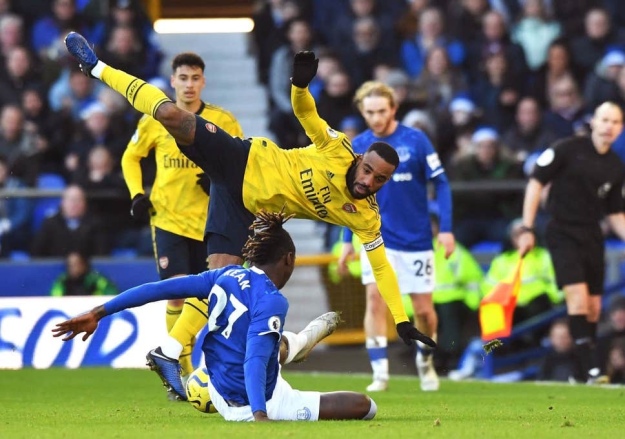 And so, the wort secret of the week has been finally revealed, and Mikel Arteta has finally been unveiled as the new Head Coach of Arsenal Football Club. Of course, he is not the first ex-Arsenal footballer to take the helm of our club, and undoubtedly he will surely not be the last; but this appointment is one with a difference. Because he has not managed a club before, the risks are tangible and too obvious to be repeated here, but it is to be pointed out that Arsenal have taken calculated risks at managerial level before; was not Herbert Chapman a risk? Or George Allison, Bertie Mee, George Graham or even Arsène Wenger? Their appointments all paid off, remember, and their impressive haul of trophies are there to be seen and admired.
A new era starts today, ironically in the city that has given us our greatest individual triumph in living memory; so let us stand proud and tall together behind our new coach and remember just who we are, what we have done, and where we are going. To the top!
But today, Freddie Ljungberg is at the helm for the last time, and Mikel Arteta will observe from the stands. We can only imagine what he must have thought of both the team and the performances from high up above the pitch as the first half became scrappier and scrappier as the time wore on. The good thing was that we played some of our youngsters, all of whom impressed and did the best that they possibly could, in front of an extremely partisan crowd on an unforgiving Saturday lunchtime engagement. Yes, there was tough tackling out there, and with it mistakes were made; but overall the first half played out fairly even between the sides. Our possession was good, and there were some good off the ball movements, and it was a surprise to everyone that it took forty four minutes for us to register a shot on the Everton goal.
We can only assume that Mikel Arteta gave words of encouragement to the team at half-time, as we came out of the blocks a bit sparkier for the second half. Pierre-Emerick Aubameyang was extremely unlucky not to score within five minutes of the restart, whilst Lucas Torreira was instrumental in several of our attempts on the Everton goal that unfortunately came to nothing. What would a Premiership match be without a VAR controversy? Everton demanded a rather tenuous penalty when it was claimed by several players that a shot had struck the hand of Lucas Torreira; quite rightly, the appeal was denied by VAR HQ at Stockley Park in South West London, which, for once, they got the decision absolutely correct. In his last match as stand-in manager, Freddie Ljungberg brought on Joe Willock for a weary Emile Smith-Rowe on the sixty-sixth minute, and a little later, Alexandre Lacazette replaced the frustrated Pierre-Emerick Aubameyang; despite several late chances on the Everton goal, the match finished an extremely exasperated goalless draw on a cold winter’s afternoon in Liverpool.
Overall, we were the better side today, and the defence certainly showed more cohesion in keeping out a lacklustre Everton side. Although the strikers didn’t always get the service they demanded (particularly in the first half), we still managed to notch up two more strikes on goal than the home side did! It was a shame that we were unable to go back to London with three points on Freddie Ljungberg’s last match in charge, but the important thing was that we didn’t lose and the team surely must have give Mikel Arteta some points to ponder when he takes charge of his first training session with the first-team squad shortly. Remember everyone, keep the faith, get behind the team and the manager, as this season is going to be crucial for our future success in all competitions. Stick with the winners. Our next match: AFC Bournemouth at The Vitality Stadium on 26th December at 3.00pm (Premier League). Be there, if you can. Victoria Concordia Crescit.