Anyone else at work today? Or is it just me?

I am certainly the only one in my office today. That means the heating is up high, The Rifles being blasted out, and I am wondering how early is too early to have my first beer? It is a bit different drinking at 7am on the Eurostar to Liege to drinking before midday whilst still being in the office.

Putting Arsenal to one side, it is important that what happened at Tottenham does not go unnoticed.

Chelsea’s Antonio Rudiger was subjected to ‘monkey noises’ during the away game at Tottenham yesterday. This led to the stadium announcer following the 1st stage of UEFA’s racism protocol being triggered with a stadium announcement reminding everyone that racism is unacceptable.

It does baffle me that people need to be “reminded” that racism is completely unacceptable. What the announcement does do is embarrass the club.

The game was live on Sky, and the announcement came through clear on the TV. Announcements will do nothing to stop these idiots making their noises or singing their chants. Only the fans around them can do that.

I am proud to be English, and proud that I live in one of the most diverse and tolerant countries in the world. Yesterday at Tottenham was a one off. It is important that all football fans do not get tarred with the same brush due to a few idiots.

Last nights incident would not even make the news in Italy, such is the racism in the stands over there.

What now needs to happen is the authorities need to act quickly and strongly.

Unlike in Italy and elsewhere where clubs actually come out with statements claiming racial abuse is not actually racist, Tottenham, the FA and Premier League should all not hide away from what happened yesterday.

Tottenham need to take the lead. Ban anyone involved for life. Make it clear that there is zero tolerance for racist abuse.

Then the Premier League and FA need to punish Tottenham if it is found that it was more than a single individual involved.

Whilst clubs can not be held for a single idiot making a monkey motions or throwing a banana, they do need to be held into account if multiple people are involved.

Spurs need to be punished within the full extent of the current regulations and need to ensure that they do not appeal.

The FA have spoken tough against other nations in the past over racism before. They now need to act tough.

This is not point scoring against a rival. I would fully support sanctions against Arsenal if we had racist elements within our crowd who decide to sing racist songs or make monkey noises at black players.

Luckily Arsenal is the most diverse club in English football.

A history of fighting off the National Front in the 1970s and 80s, Highbury (or the Emirates) has never been the cauldron of hate other clubs in London and beyond have been. 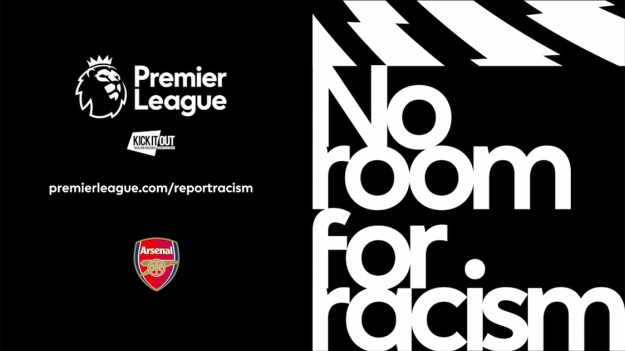 2 years ago a journalist tried to claim that Highbury felt like “no go zone” for black fans. Hundreds of fans called him out as an idiot, especially when it transpired that he was talking about the early 2000s and not the 70s and 80s.

You only have to go in the pubs on a game day, or look at the faces in the crowd. No one cares if you are black, white, Asian, Muslim, Jewish, male, female, straight or gay. You are all Arsenal. And that is how it should be, not just in football but in society. We are all one no matter our differences.

Over the weekend I have seen some label Arsenal’s away support as “racist coke heads” with “right wing undertones”.

I am an away season ticket holder. I can happily put my hand my heart and say that Arsenal does not have a racism problem. And anyone trying to paint our away support as “racist thugs” is clearly trying to change the narrative.

Anyone that speaks about the racism they faced at football growing up is probably talking about when they regularly went to games at a different club. It did not happen at Arsenal.

Have a good Christmas.

1 thought on “No room for racism”