2007-08
So its two seasons without a trophy going into the 07-08 campaign and as a club we are in transition. We have a new stadium and our invincible players are beginning to move on to pastures new, we are in the process of building a new side and bringing new players in whilst managing to pay for a brand new 60,000 seater stadium.

Transfer wise this summer of 2007 saw Thierry, Freddie and Jose Reyes all move on to new clubs, we brought in Fabianski, Eduardo and Bacary Sagna. We also signed Lassana Diarra who moved on in January as he wasn’t getting enough games! If only he would have stayed he would have had a big part to play in our team for a good few seasons.

Pre season saw the usual trip to Austria which I actually attended with my brother, a week out in Bad Waltersdorf watching the training sessions and 2 friendly games. I met a lot of good Arsenal guys out there and made friends for life through one of the best gooners I’ve ever met, he happened to be staying in the same B&B as us and couldn’t have wished to meet a better mate. The Emirates Cup and also the Amsterdam Tournament finished off the summer and had us ready for the season.

We had a good start to the season remaining unbeaten in our first 15 games, notably beating Spurs away 3-1, we could only manage two draws in consecutive weeks against Liverpool and United in late October/early November. In fact we only lost once in 30 games, that came away at Middlesbrough in December. Apart from that we had a good November and Xmas period, and on New Years day we were top of the league. Overall it was turning into a very good season and the team were clicking, playing well, scoring goals and remaining consistent.
Then we went to St Andrews to play Birmingham City on the 23rd February. It was a fateful day and our red hot striker Eduardo broke his leg after a shocking challenge from Martin Taylor. They were awarded a last minute penalty after a challenge from Gael Clichy, in my opinion it was never a penalty, he clearly gets his foot to the ball and the ref made the wrong decision. Our skipper Gallas stropped off up the pitch and tried to kick the shit out of an advertising board. He then staged a sit in after the game not moving from the pitch. It was embarrassing to see and although Gallas was a good player for us, I never could call him proper Arsenal, even before this incident.

After this game we went on a run of 3 more draws against Wigan, Villa and Middlesbrough, and a defeat away at Chelsea. By the beginning of April we were 3rd. We lost to Man United at Old Trafford after going 1-0 up with an Adebayor goal but by then we were out of the race and we went on to win our last 4 games finishing 3rd.
I often think about that draw at Birmingham and consider how much of an impact it had on our season. It completely threw us off, put that together with losing your in form striker and I suppose its going to have an effect on the rest of your games. The disappointment of losing 3 points in the last minute of that game coupled with a tragic injury knocked us off track and we never recovered in time.
It was the first season since the FA Cup win that we had been able to challenge for the league and was very close. Leading the way for most of the season only slipping away towards April. United eventually won the title and we finished 4 points off them, 2 points off of Chelsea in 2nd.

Europe was fairly good for us as well, we faced Sparta Prague in the qualifiers and got through with 2 wins. Our group was Sevilla, Steaua Bucharest and Slavia Prague. Our little group of fans went out to the Prague away game to see one of the most boring, wet and cold 0-0 draws you will ever see in your lifetime!
We finished second in the group and the draw paired us with AC Milan. After drawing 0-0 at home we flew out to see the second leg for one of my most memorable and favourite trips. Milan away, the San Siro, and to top it off we beat them 2-0, Cesc and Ade coming up with the goals which had us celebrating high up in the stand. I had the worst headache I’ve ever had coming out of the ground but it was worth it, what a win! 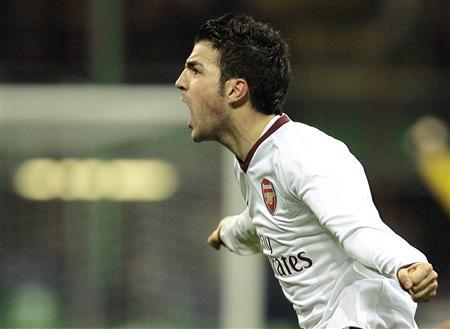 The next round had us facing Liverpool where it finished 1-1 in the home leg. We had a clear penalty shout turned down for a tug back on Hleb by Dirk Kuyt. The second leg at Anfield finished 4-2 and it was quite a game. We went 1-0 up with Diaby before Liverpool scored 2. Adebayor scored in the last 10 minutes after a wonderful run by Theo and pass across the area, this goal had us going through to the Semi Finals but no less than a minute later Liverpool were given a very soft penalty after a supposed foul on Ryan Babel. It was over, they scored the penalty and then scored again as we were pushing for a goal. Ultimately we had a great chance to win the competition this year or at least reach the final. We would have seen Chelsea in the Semi Finals and United in the final.

The FA Cup saw us draw United away in the 5th round where we lost 4-0, it was the game before our Champions League tie with Milan and we rested players which we paid a heavy price for.

Spurs beat us in the Carling Cup Semi Final 2nd leg 5-1 to end our run in that competition. Spurs went on to win the final against Chelsea. Again another competition we could have won, or would have been in with a chance of winning had we reached the finals.

I know I’m writing in “maybe’s” and “what if’s” in these reviews but I wanted to show how close we have been over the last 8 years to winning something. I wanted to prove that we havent just taken a back seat and let time pass us by as others improve and win everything. This season had us competing for the 2 biggest competitions we were in, we put a great show on in the Premier League, staying top for most of the season before we fell away, the Champions League saw us go out in the quarters in the final minutes of the 2nd leg, had we have hung on for a few more minutes we would have been in the Semi Finals and we will never know how well we would have done. We got to the Semi Final’s of the Carling Cup and again could have got to the final.
It’s another season of no silverware but we challenged, we were there and we fought and came close.

*You can read part 2 here

My Tweets
Join 98,885 other followers