Fans of Everton are getting excited. Some fans of Arsenal are getting angry. The reason? Alisher Usmanov.

Evertonians have already spent his billions, turning the Scousers into champions; Gooners are sitting there saying “that could have been us”.

The truth is this is all very presumptuous. Usmanov has not invested in Everton, has not started spending billions, so it is a lot of fuss about nothing.

What Usmanov has said is interesting, however.

“Should there be a proposal or a possibility to invest in them with good potential returns, I would consider the deal.”

Usmanov has made a lot of his billions making smart investments. What he is talking about with Everton is investing in them. Most interesting is his “good potential returns” comment. This indicates that he would be investing in Everton to make money, like he did with Arsenal.

Some recent quotes around his sale of his Arsenal shares make interesting reading.

“When I bought the stake in Arsenal I believed that football brands would be able to generate a profit”.

So in two quotes in a short space of time, we have learnt the true intentions of Usmanov owning football clubs.

He is looking to invest in them to make money. Not to treat them as a play thing like the Manchester City’s owners and Roman Abramovich. 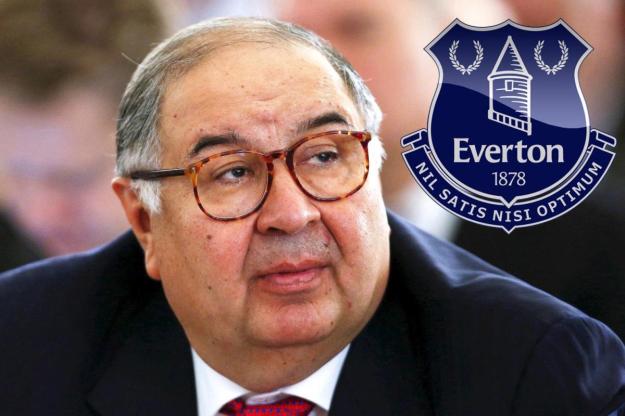 It should also be remembered that having $13bn “worth” is very different to having a lot of disposable cash.

Both City and Abramovich have plunged £1bn into their respective clubs, financing transfers, salaries and ground improvements. In City’s case, that is over a 10 year period. Abramovich has now been at Chelsea for 15 years.

Anyone that thinks that Usmanov will turn up at Everton and throw millions at them to turn them into a force is deluded.

For a start, football is a different world to when Abramovich turned up.

Roman could spend £100million a year on new players, and that was double what Manchester United or Arsenal was spending.

This summer Fulham, Leicester and West Ham all spent £100million on transfers. Everton themselves spent £89million.

It would probably take a good £200million a year investment over 3 or 4 years for Everton to become a top 4 regular, let alone competitors, taking into account transfer fees and the wages – Everton currently pay about £100m in salaries less than Manchester United, Manchester City, Chelsea, Arsenal and Liverpool.

Usmanov is a very rich man, but his wealth is tied up in investments, in other companies. Does he have £1bn to throw at them, with no guarantee of return? And that is before we even discuss the £500m needed for their new stadium.

I imagine what Usmanov thinks when he sees Everton is a massively undervalued club. A huge chance to make some money, grow his wealth even quicker then he did at Arsenal.

With Everton valued at £200million they are clearly undervalued. When you consider that Tottenham – a similar sized club in terms of historic and recent success – were valued in 2016 at £450million.

Everton need a new stadium, I can see a scenario where Usmanov is thinking the follow:

Spend £500million on the new ground, whilst selling Goodison Park to Usmanov’s own development company for a nominal fee (the ground it sits on is worth about £6million). Usmanov then develops Goodison into flats for profit.

In the time it will take to build the stadium, and with very little debt repayments, over a 10-year period, the club could well be worth nearer £1bn. All with little investment on the playing side.

£1bn would not be unreachable with a 55,000 seater stadium, a top 7 side and new TV deals. It is similar to what Tottenham are worth once the new ground is taken into account.

This is all back of a fag packet stuff, but with Usmanov saying he is looking for good returns, he is clearly talking about money, not trophies.

So Evertonians, cancel that bus period, Arsenal fans, stop talking rubbish about what we could have had.

Usmanov is not going to turn Everton into Manchester City or PSG.

Big thank you to everyone whose followed us over the world cup.
We are working add to add all 4000 shirts from clubs all over the world as soon as we can. https://t.co/3utpBePKfs pic.twitter.com/c5nlI3SY4I

4 thoughts on “Are Everton getting too excited over Usmanov links?”