Is it too early to grab a beer yet?

It has been 102 days since Arsenal played and tonight football is finally back, and we all need it.

The original fixture against Manchester City was scheduled for Wednesday March 11 but was postponed following a number of the Arsenal squad making “close contact” with Olympiakos owner Evangelos Marinakis two previous.

The Greek owner tested positive for Covid19 13 days after his side put Arsenal out of the Europa League.

This led to numerous Arsenal players having to self-isolate, and a decision was made to postpone the fixture.

Prior to the lockdown, Arsenal were one of the form teams in the Premier League – only Liverpool had gained more points in the previous 6 games.

Arsenal’s last league defeat was Arteta’s first home game as manager, which came way back on the 29th December against Chelsea. Arsenal are unbeaten in the league this decade.

The only defeat during that run was the disappointing result at home to Olympiakos, which saw Arsenal knocked out of the Europa League.

Tonight against Man City is a tough start. Arsenal have not beaten Man City in the league since 2015, but these are going to be some strange old times.

A look at the Bundesliga suggests home advantage a thing of the past in empty stadiums.

Home teams won 43% of the 223 games played before the Bundesliga closed down. But in 56 games in empty stadiums, home wins have plummeted to 21%, with away sides winning 50% of games. 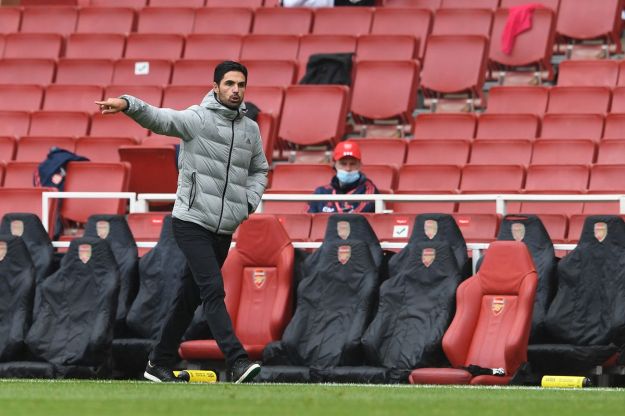 There will also be a question mark above Man City players motivation.

25 points behind league leaders Liverpool, 12 points ahead of 5th placed Manchester United, they have very little to play for.

They are pretty much guaranteed a top 4 finish, and will not win the title. Will their players be physically and mentally sharp following the break in comparison to sides that have something to play for.

In the last week, lawyers have also been arguing in front of the Court of Arbitration for Sport, trying to overturn the sanctions given to them by UEFA for ‘serious breaches’ of the Financial Fair Play regulations.

If the appeal fails, they will be banned from the Champions League for two seasons.

With everything going on, Arsenal have a real chance tonight.

A win could move Arsenal up to 6th. Back in the Europa League places and 5 points off Chelsea in 4th. Just 2 points behind Man U in what could become the “new 4th” if Man City fail in their appeal.

So plenty happening. With a couple of almost every day for the next month, football will provide a distraction to everything going on in the world. Something else to watch, to talk about to moan about.

I look forward to tomorrow when everyone is discussing our win rather than politics.