It was the opening day of the 1925/26 season and the first day in the job for a certain Herbert Chapman.

The opponent that day was Tottenham Hotspur, who won 1-0 with a goal from Jimmy Dimmock.

That was 94 years ago and is the earliest Arsenal and Tottenham have ever played each other.

The last time Arsenal and Tottenham faced each other in August was back in 1997. It was a dull 0-0 draw. This weekends fixture is the earliest between the 2 sides since then.

In recent history, fixtures between Arsenal and Spurs have followed the same pattern.

They play in Middlesex in November before the return game in North London in March or April.

The fixture is also unusual due its 4:30pm kick off.

Usually, under police orders, games between the two sides happen around lunch time, previously as early as 11:30am. To have an early evening kick off on Sunday will be odd.

It will enable fans to get in a good few hours drinking prior to the match (unlike the hour or two we usually get) but will cut short the evening (unless you have the day booked off work on Monday). 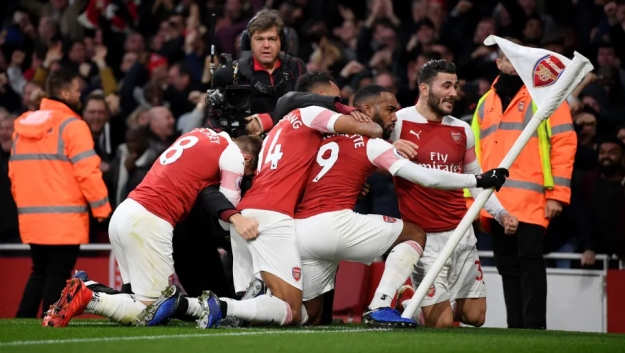 Arsenal will be looking to return to winning ways following defeat to table topping Liverpool, whilst Spurs will be attempting to reverse their relegation form.

LLDLLWWLWLLDWDL is not the name of a Welsh town but Tottenham’s Premier League form over their last 15 games.

That form over 38 games would see them pick up just 38 points. Could Spurs really be in for a relegation battle this season?

Regardless of the result, North London is Red.