But of a late afternoon blog from its.

It’s cold, the FA Cup game is rubbish and England are cruising to victory in the cricket. It is one of them dull Sunday afternoons.

Pablo Marí is incoming. He was pictured with Edu in an airport in Brazil. His flight was tracked by Arsenal fans on twitter, and journalists drove out to an airport in London for the exclusive. Hope it was worth the airport parking.

Overnight everyone became an expert on the 26-year-old Brazilian defender. Only he isn’t Brazilian. He is Spanish. It just shows that the twitter experts are clueless.

The fact that no one uttered his name prior to that picture being leaked from Brazil shows no one really knows what is going on. Not a single journalist. Not even David Ornstein (What has happened to the PSG left back he said he were on the verge of signing?). Frauds. The lot of them. 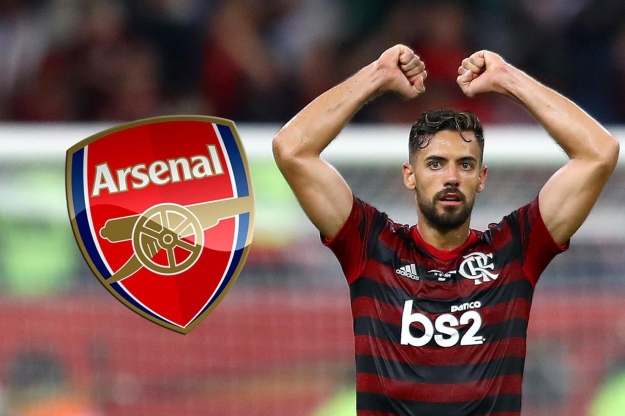 The twitter experts have told us Marí is not Arsenal quality. That he lacks pace. This is despite never having seen him play. Literally basing it on his FIFA card.

Fact is for a defender, a lack of pace only becomes a problem if you suffer from positional ill-discipline and poor reading of the game.

Laurent Koscielny is the perfect example of someone who was not actually great at reading the game. He was always trying to play catch up. His pace got him back on the majority of occasions, but when it didn’t he went for a lunge which gave away a penalty.

Per Mertesacker meanwhile was a much better reader of a game. Despite his lack of pace he was caught out less then Koscielny. Made less mistakes. He was also an organiser. He made his defensive partner play better. Rarely did Koscielny improve his partner through leadership.

There is a justifiable concern that Marí is 26-years-old, spent 3 years at Manchester City being loaned throughout Europe and has spent most of his career in the 2nd division in Spain. But this does not make him a bad signing.

There is actually plenty of logic behind Marí joining Arsenal.

Calum Chambers is out long term. Rob Holding is still returning from his long term injury. Shokdran Mustafi is a busted flush (Marí surely means he is off?).

That leaves Arsenal with just David Luiz- Who is suspended – and Sokratis.

The lack of options at the back meant Arsenal had to move quickly for a defender.

I am sure the club would have wanted to go for a long term starter. Dayot Upamecano for example. But are these players available in a January? Probably not.

So Arsenal could go a level down. Spend £20-30m on someone. But then that takes money out of the pot in the summer. Money that we need to buy an Upamecano.

So we spend £9m on Marí. A 4-year-deal likely on low wages. We are not tying up too much in him. It leaves us plenty of powder dry for the summer.

With Sokratis likely to leave in the summer, David Luiz ageing, question marks over Rob Holding’s fitness and Calum Chambers being constantly linked away, there would easily be a place in the squad for Marí as 4th or 5th choice centre back moving into next year.

We need a defender now. Someone who will not take too much funds out of the summer budget. Marí is that man.

7 thoughts on “The logic behind Pablo Marí”