Transfer speculation seems to be intensifying over Arsenal signing Denis Suarez and Medhi Benatia before the end of January.

Whilst neither player would be top of many fans list, and plenty would complain that the club are “recruiting on the cheap” both signings would actually represent a solid transfer window.

On Denis Suarez, I have seen very little of the Spaniard. However he has previously played for Unai Emery at Sevilla, and was signed by Barcelona under Raul Sanllehi. Both men would know a lot more about the player than someone on social media.

I have seen him described as a “Iniesta-lite” which is certainly not mean as an insult considering that Iniesta was one of the greatest midfielders of his generation.

The comparison is more about the style of play. That Suarez likes to keep the ball moving, is comfortable on it, able to create space and create chances for others. Capable of playing in all 3 positions behind the striker, he was once named Manchester City Young Player of the Year.

Barcelona signed him in 2016 with the view of him being Iniesta’s replacement. It has not worked out for him during his second spell at Barcelona.

With Aaron Ramsey set to leave the club, Arsenal need a back up number 10, providing cover for Mesut Ozil. At just £20million, he would represent good value for money.

And good value for money is key.

With Arsenal set not to get a fee for Ramsey, we need to replace him without taken too much out of the pot. We do not want to go and spend big money on an Ozil understudy when we need a first team central defender, left back and winger.

Were Suarez to join on a 5 year deal, he would cost Arsenal around £7.12m a year (amortised transfer fee + wages). Ramsey currently costs £5.72m a year (just salary). The financial impact of replacing Ramsey with Suarez is minimal. 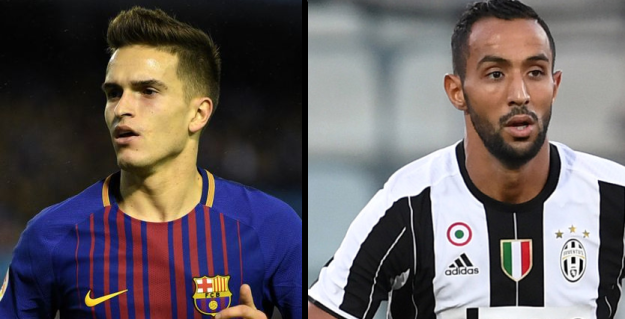 The second deal to keep an eye on is Mehdi Benatia.

Arsenal have been linked with the Moroccan  central defender for a number of years – way back in 2013 when he left Udinese for Roma. I doubt a year has gone by when we have not been linked with him.

The rumour doing the rounds is that Arsenal would let Ramsey go to Juventus in January (not cup tied in the Champions League) if they get Benatia in return.

At 31-years-old, many fans would rightly be sceptical about the deal. At face value, it would feel like the Henrikh Mkhitaryan / Alexis Sanchez deal again. That Arsenal are just happy getting anything, anyone, for a player set to leave on a free in the summer.

It would be another defender who is 30+ to go alongside Laurent Koscielny and Sokratis. Another short term option like the Greek and Stephan Lichtsteiner.

I have long had the opinion that Arsenal should not panic buy a central defender in January. That we should save our money for the summer, sell Shkodran Mustafi and Calum Chambers, and invest the £50m we get for the pair into a first choice, first class central defender.

However circumstances change, and Benatia would not be a panic buy.

I saw us going into next season with a new central defender, Sokratis, Rob Holding, Laurent Koscielny and Konstantinos Mavropanos. However, having broken down twice since his return from injury, Koscielny is clearly a busted flush.

It is time for the club to thank him for his service, and allow him the freedom to find a new club in the summer.

That would mean we need two central defenders.

Benatia would not be coming in as a long term option in the middle, but as a mid-term replacement for Koscielny.

As he would not cost a penny, we would still have a full budget available in the summer to buy a long term central defender.

That would leave us with the options next season of new CB, Sokratis, Benatia, Holding, Mavropanos (in no particular order).

We would basically have two experienced defenders, and two younger guys.

Holding is out for the season, Koscielny needs to be written off, and Mustafi has struggled with injuries this season. Mavropanos is also yet to play, and has only 3 senior games to his name in England (one which he got sent off in). Koscielny could have covered in the short term (ie until the end of the season), but it looks like he is no longer capable of doing that.

Losing Ramsey in January, signing Suarez and Benatia, a total spend of £20million. Plenty in the pot to buy another central defender, a left back and a winger in the summer.

Get them both done, our squad is stronger, both are more than a 6-month option, and both are available to play in the Europa League.

6 thoughts on “Double deal would represent “solid January” for Arsenal”