Sometimes Arsenal fans really get on my tits.

On Monday night Arsenal won 2-0 to move into 3rd place, 2 points ahead of Tottenham. Instead of enjoying the result and the dominate performance, some fans went onto social media to complain about Matteo Guendouzi. 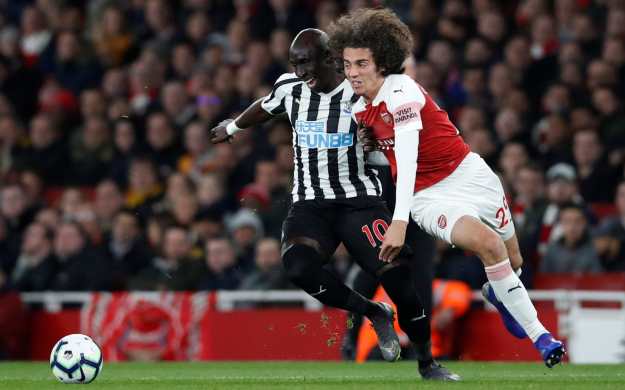 19-year-old Guendouzi has been a revelation this season. From French 2nd division bit part player to Premier League regular. He has not looked out of place.

Against Newcastle he was trusted to be the sole holding midfield player; whilst Aaron Ramsey was given the licence to get forward. He performed admirably.

Obviously he has plenty of room for improvement, but that is to be expected of someone so young.

He can get himself out of position, dwell on the ball a little too long, and does have a tendency to go down a little easy. These are all things he can work on the training ground.

Guendouzi  is a big lad with a good touch. Can pass short and long and run forward with the ball. His one touch passing needs improvement, but again this will only happen playing more.

There is a huge gulf from Ligue 2 in France to the Premier League. The game is so much quicker, opponents so much more sharp into the tackle. They pressure higher, are into you quicker. He will naturally quicken up his game as he plays more.

Those criticising Guendouzi after the victory of Newcastle are idiots. They are retweet chasers. Attention seekers.

Arsenal had just won 2-0 and within 10 minutes of the final whistle fans were on social media slating him.

I’m trying to find some positives with Guendouzi. One good thing with him is that he keeps Elneny further away from the pitch.

What a way to support your team, to support a talented young player. Going on social media to pretend he has had an awful game just for RT’s.

Let’s look at some facts:

So here we have a guy, at 19-years-old, tasked with being the main man in Arsenal’s central midfield and he stood up to the task. He did not hide. He was the rock that allowed the rest of the team to build around.

He played pretty much the entire game without a midfield partner until Mohammed Elneny came on. He covered ever blade of grass, closing down Newcastle’s midfield at will.

His work rate was superb. Yes he was a little erratic at times and out of position, but that was due to him having to run the entire midfield. Left, right and centre.

The criticism of Guendouzi is pointless. A bit like those who continually complained about Hector Bellerin.

Some of these people just always need something to moan about.

Since Arsene Wenger leaving they have failed to move on. their existence was based on moaning, and they have continued to moan every game. Whether it be about Unai emery’s tactics, playing 3 central midfielders, Bellerin’s dress sense, Granit Xhaka or now Guendouzi.

They tweet with an agenda. And that agenda is to be highly critical of Arsenal no matter what the result.

How about get behind the team. We are in the race for the top 4. It is in our hands. You’re supposed to be supporters. Support the team.