Of late I have been thinking more and more about doing a series of write-ups about that song which other Premier League teams sing at us as we travel around their grounds.
The sentiment behind it implies that we have not been challenging or fighting for trophies, we have not been close in the league or finals, we have simply been doing enough to finish 4th and get by as a club.
This is false information as we all know, we have challenged and been close to winning the title, we have been in finals and have been closer than people know to collecting that coveted first trophy since the move to Emirates Stadium. I want to cover the seasons since that last trophy, the FA Cup win against Man United, to show how close we have become and what scuppered us in the final stages, where we fell down. 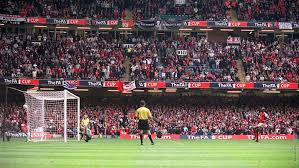 We are closer than ever this season to being able to win the league, we are fighting as a team in every game and showing we deserve to be in the run in, lets remind ourselves of past seasons where we did the same and see what went wrong.

Unfortunately after that opening to this review, the first season covered was not a competitive one in the league. 2005/06 was the first season after we won the FA Cup and we did well to scrape into the top 4 after a last day disaster for our North London neighbours at Upton Park.
It was the last season at Highbury and we had sold Paddy Vieira to Juventus with Thierry Henry taking over as captain.We had signed Alex Hleb and Nick Bendtner most notably in the summer, with Diaby, Adebayor and Theo coming in the January window.
It was an indifferent start to the campaign losing away at Chelsea in our 2nd game but being 2nd in the league after 5 games. Who could forget the infamous penalty attempt by Pires and Henry against Man City when they tried to replicate Cruyff and Olsen’s genius penalty for Ajax, it ended in disaster when Bobby touched the ball twice.
Our title charge ended before Xmas with 3 defeats in a row, the first time under Wenger that this had happened.
The main thing that grabbed me in scrolling back through the results for this season was our games against the other top 4 teams. Against Man United, Liverpool and Chelsea home and away we only won 1 game, against Liverpool at home, and drew at home to Man Utd. This is clearly not going to win you the league, especially when you are losing to teams such as Middlesbrough, West Brom, Bolton, Blackburn and West Ham.
We finished the season well losing only once in our last 11 games. The last day win at home to Wigan meant we finished 4th after Spurs had lost 2-1 at West Ham, the now appropriately named Lasagna-Gate controversy.

The one shining light was our Champions League run, we got to the final for the first time in our history, we went to Paris to see our team play in the most prestigious competition in world football. I was there to see it and ill never forget it, to see your team play in that game, to be in the stadium watching your club compete in that game is something special. I wasn’t distraught that we lost, I stayed and clapped Barca off the pitch but there are regrets there for me. I wish the ref would have let play go on and let them score instead of sending off Jens, keep 11 men on the field so we could compete in the game. Henry could have won us the game when we were winning 1-0, he could have put us up 2-0 and I think we would have held on but it wasn’t to be. I was proud to be there. In the run to the final we played some big teams and put them out, one of the most famous wins was Madrid away with Henrys goal, again I was there to see this and its simply something you will never forget, winning in the Bernabeu is a great feeling. It was ultimately the thing that kept our season alive, doing well in the Champions League gave us the momentum to finish the season strong and get into the top 4.

In the domestic cups we went out in the Semi Finals to Wigan and out in the 4th round in the FA Cup away at the hands of Bolton.