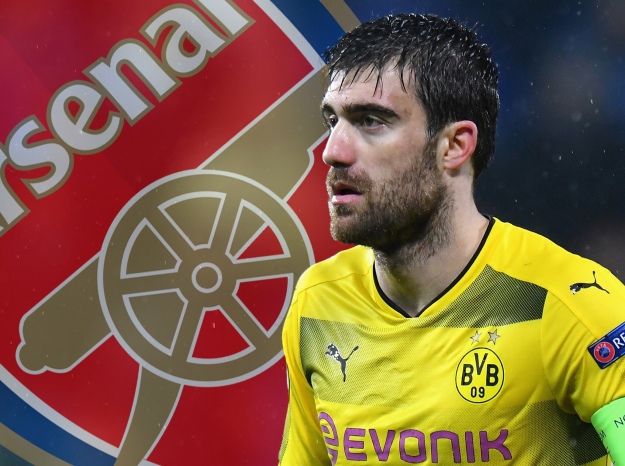 With the signing of Sokratis (I can’t be bothered to Google his surname) imminent – or completed if he signs before this blog goes live, the talk now is “who is next”.

A goal keeper, defensive midfielder, back up right back and winger are a must, but plenty of fans are also calling for a second centre back to sign.

I can not see Arsenal signing a second centre back.

Firstly we have budget constraints.

Whilst we will bring in a lot more than the £50m worth of players the press are claiming, we still have to be sensible.

Having all but secured Sokratis and right back Stephan Lichtsteiner set to join on a free, our financial strength should be chucked behind signing a goalkeeper, defensive midfielder and wideman. A 2nd centre back will not be top of the list.

There is a lack of decent centre backs around in world football at the moment. It is why Liverpool spent so much on Virgil van Dijk (who is average). And look how much Manchester City have spent on a partner for Vincent Kompany (Mangala, Otamendi, Stone, Laporte and more!).

To secure one decent centre back in transfer window is sufficient. To secure a second is fairly unrealistic, and it would feel like whoever we got in next (such as Johnny Evans) would not be a player we actually want.

By partnering Sokratis with Shkdoran Mustafi, and playing Hector Bellerin and Nacho Monreal either side, it will see us keep at least 50% continuity at the back once the new goal keeper and defeisnvie midfielder have joined. That is important.

More likely will be to bring Sokratis in this season, and then sign him a partner next season if Mustafi does not perform.

Sokratis looks a leader. Strong and commanding. The type of player that is needed to get the best out of Mustafi. It would be sensible to give Mustafi another 12 months before dumping him. Let’s see how he performs alongside a consistent defender next to him.

With neither Sokratis or Mustafi going to the World Cup, it will give them a full two month pre-season to develop a partnership. Add in Bellerin and Saed Kolasinac, Unai Emery will have plenty of time to drill an organised back four before the season starts.

There is a (valid) opinion that Mustafi is not good enough and a new centre back coming in will replace him. But again this is unlikely – especially with Laurent Koscielny out until 2019.

Picture the scene if we get rid of Mustafi. It leaves us with:

Chambers and Holding have so far shown themselves to be inconsistent, and Mavropanos is already being overhyped after just a handful of games.

Mustafi might not be everyone’s cup of tea, but we know what we are getting. With Sokratis we don’t entirely know what we are in for. Losing Mustafi and having 2 unknown quantities could leave us high and dry.

All of this would be OK if Koscielny was not injured, as we could go into the new season with Sokratis, Koscielny and another new centre back. But with the Frenchman out, Mustafi becomes key.

The worry would be that if Sokratis or an additional new centre back came in, the risk of both flopping is huge. Without someone who we know backing them up, it could leave us in a situation where we are relying on Chambers, Holding or Mavropanos for the season.

Partnering Mustafi with Sokratis protects us. If Sokratis does struggle, we can then flip one of the others in and it leaves us in a similar situation defensively as we were at the back end of last season.

With a new manager and new coaching staff at London Colney, it is important that we do not let too many players leave.

With Santi Cazorla, Per Mertesacker and (likely) Jack Wilshere gone, we need to keep what we had at the end of last season and build.

Anyone on loan can obviously go, but Arsenal need to keep the likes of Mustafi, Danny Welbeck and Alex Iwobi. Get the key first team players sorted this summer, then we can look next year at improving on the quality of the squad.

Next season, with Sokratis settled, and the youngsters with another year under the belt, we can then make the switch. Koscielny gone, and Mustafi sold if he does not improve and we can then go and buy a partner for Sokratis.

This summer, Sokratis will be the only centre back coming in.

6 thoughts on “Sokratis to be only incoming centreback at Arsenal”