The transfer of Neymar from Barcelona to PSG really does highlight that players are motivated by nothing but money.

Barcelona are one of the greatest teams in world football. A historic club. They compete for major honours every year, and participate in a competitive league. Compare this to PSG who were only founded in 1970 and are the 7th most successful side in France.

Before PSG got the oil money, they had won the same amount of Ligue 1 titles as Sète & Sochaux. Less than the likes of Reims, Nice, Lille, Bordeaux, Lyon, Monaco, Nantes, Marseille & Saint-Étienne. They are simply not a big club, they are just a rich club.

Whilst Barcelona have won 5 European Cups, PSG have never mad it past the quarter final. Last season they were knocked out in the first knockout stage.

Neymar could be running out infront of 100,000 people at the Nou Camp. Instead he will be at some stadium in a French suburb that holds just 47,929. 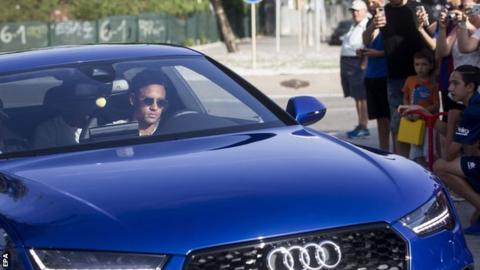 PSG play in a one team league – although Monaco did surprise everyone by winning the league last year. They are where players go to stat pad. Beyond the top handful of teams, the quality is poor. Will anyone really respect Neymar if he scores 100 goals in France next year? They will not.

There is talk that Neymar’s move will enhance his chance of winning the Ballon d’Or. That will only happen if he drives PSG to the Champions League or Brazil to the World Cup. 50 goals in France is like 50 goals in Scotland. Not impressive.

The only logical reason Neymar is picking PSG over Barcelona is because of money.

If he is unhappy at Barcelona, why not go to Manchester United, Juventus or Bayern Munich. They would all love him at their club. But of course, they would not pay him the tax free £650,000 the French club are reportedly offering.

There are millions of reasons why Neymar is leaving Barcelona for PSG. And none of them are footballing. They are all about his bank balance.

Greed is no longer killing football. It has killed football.

18 thoughts on “Neymar to PSG shows greed has killed football”