I am already back in the office. The nature of my job means that I do not really get the Christmas period off, so except for the Bank Holidays, I have been in work, grafting away.

The final game of the season ended like many other games in 2017. Disappointing.

A 1-1 draw with WBA, where the only highlight was me booing Kieran Gibbs for my own amusement.

It started as a joke between myself and some mates, but after the first time of booing him, people were spitting feathers. One Northern bird directly behind me was especially getting her knickers in the twist. Doing that thing that cowards do – speaking really loudly about you so that you can hear, but not having the balls to confront you.

Her northern voice grated on me so I kept booing. The more I booed Gibbs, the more she seemed to get wound up. Her fault for not supporting her local club. 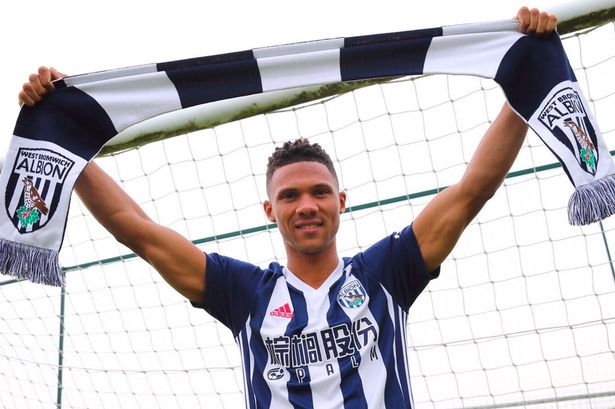 Over recent years, away games in the league have become more and more infiltrated by fans who live closer to the ground we are playing out than Islington. The atmosphere at away games has certainly become diluted due to this.

Anyway, I had fun booing Gibbs, and it was my highlight of a dull game.

Was it a penalty? Never.

Those incidents happen every single game. In fact, I commented to a mate on the way to WBA that you are seeing a lot more handball decisions in the penalty area turned down this season, with players either being too close to the ball, or it not being deliberate.

I have no idea what Mike Dean was seeing when he gave the penalty.

That is not to blame Mike Dean for Arsenal not winning. We should be blowing sides like WBA away. However, had Dean not given the penalty, we would have won 1-0.

It is not the first time we have dropped points as a direct result of a refereeing decision. This season, the men in black seem to be worse then ever.

Now whilst not all of the decisions in the above Tweet were incorrect. A few of them were hand balls similar to Calum Chambers’ that was clearly not a penalty, the decisions against Stoke, Watford and now WBA will all stick in the mind for some time to come.

In my opinion, that is 6 points dropped due to extremely poor refereeing decisions at times of the game where it had a massive impact.

That 6 points would not be enough to put us back into the title race, only a £350m investment will do that, but it would bring us a lot closer to Manchester United in second – 3 points behind them with a game in hand.

Refereeing decisions aside, Arsenal are in horrendous form. 11 points from a possible 21 I saw tweeted yesterday. And with Chelsea to play tomorrow, can you realistically see that ticking over to 11 in 24.

I asked people on the She Wore Facebook page their wish for 2018, and to a man, every said the manager to leave in the summer. I am surprised so many still seem to back him. They must not have sat through dull games such as WBA during 2017.

My wish for 2018 is to see us winning a trophy. We are still in the League Cup, FA Cup and Europa League. That is 3 realistically chances of silverware. It is probably why I am so apathetic towards Premier League games at the moment. I want to see Arsenal win things, and the league is the only competition we entered this season that we can not win.

Here is to a successful 2018 (raises cup of tea that has no milk because I am the first in the office).

Enjoy your day off if you are still not back!