On Monday Arsenal fly out to Singapore.

The majority of players who played against Boreham Wood are likely to be on the plane, alongside the senior professionals will be the likes of Reiss Nelson and Emile Smith Rowe.

Also on the plane will be Mesut Ozil, Alex Iwobi and Mohamed Elneny.

That will leave just Danny Welbeck, Granit Xhaka, Stephan Lichtsteiner, Nacho Morneal and new boy Lucas Torreira not yet back in training.

She Wore a Yellow Ribbon contributor JW will be flying out to Singapore. You can keep up to date with his travels and how Arsenal are getting on through his Diaries.

Newly bulked up Petr Cech has recently been linked with a move away to Chelsea. It is still my opinion that he will stay at Arsenal for one more season with David Ospina leaving.

Cech is at the advantage that he did not go to the World Cup. He has returned from his break looking like a new man. Literally. 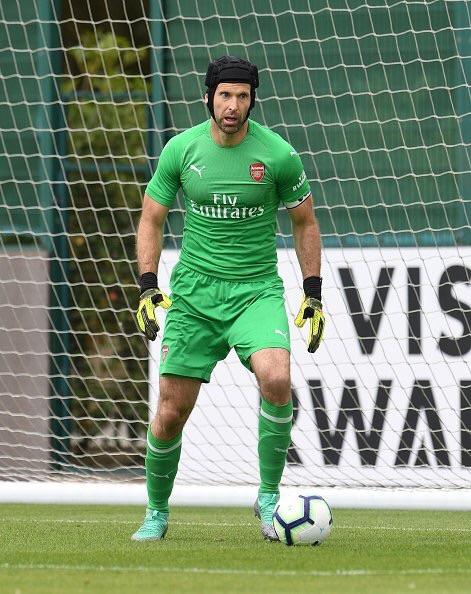 With both Ospina and Cech’s contracts set to expire at the end of this year, we should cash in on the Colombian this summer.

Cech will then be back up for Bernd Leno before leaving next year – with either Emiliano Martinez or Matt Macey stepping up to number two.

After my blog about Arsenal getting the last laugh by flogging injury prone and inconsistent Alex Oxlade-Chamberlain to Liverpool, I got a lot of fake-Scouse fans in my mentions informing me how great Liverpool were, and how jealous I was.

It perhaps shows how far they have fallen that fans were informing me how finishing 4th was a massive success to them.

This is a club who had once won more league titles than any other side, who have a history of real success, now celebrating finishing 4th.  It is now 27 years since their last league titles.

I had others telling me how great they ere doing considering their net spend. So do they now have the Net Spend trophy to go alongside their Top 4 Trophy.

They are now 6 years without a trophy. Celebrating Top 4 and net spend. Add in a defeat in the Champions League Final and a League Cup Final loss, they have become Arsenal 2006-2013.

You have to wonder how much longer Jurgen Klopp can keep pulling the wool over the eyes of the British media and fans. Making a joke after a loss to deflect how poor Liverpool are can only last so long.

This will be Klopp’s 4th season at Liverpool. In that time he has spent £380m on new players. In his first season he finished 8th with Liverpool. The next two seasons 4th. Last year they were 25 points behind Manchester City.

For all their claims under progression, it was only in 2014 that they finished 2nd under Brendan Rodgers. They really should have won the league title that year.

If they do not win a trophy, surely questions have to be asked of Klopp?

Of course, Liverpool did outperform Arsenal last season. They finished 4th, Arsenal 6th. But that is why we have made changed to our manager and back room staff. We know we are not in a brilliant position at the moment.

The delusion of Liverpool fans is that they see being 4th as a success. As brilliant. It really is not.

For years Arsenal were hammered, both by the media and our own fans, for finishing 4th, not winning a trophy, and pretending it was some sort of success.

Now Liverpool fans are celebrating similar, and the press are praising them for it.

With the money he has spent, and players he has at his disposal, Jurgen Klopp needs to start winning trophies.