There is not much to moan about down The Arsenal at the moment.

9 wins in a row, 2 points off top, the place is brimming with positivity. However, there is something that has done me head in since the arrival of Unai Emery.

The backing the manager has got since he joined has been tremendous. We are now singing about him once more and his army. But this is what is annoying it.

It is not “Unai Emery’s red army”.

It is “Unai Emery’s red and white army”.

Has it been that long since we sang about the manager that we have forgotten the words? Or does it just sum up society, that we are now lazy, looking for short cuts through life. That dropping off the “and white” is systematic of society.

Well let’s stop being lazy, lets get it right.

We became “Herbert Chapman’s red and white army” back in 1933 when he introduced white sleeves to the shirt. Despite kit manufactures meddling in away kits, it has remained that way for 85 years.

We might sing “red army” at times, but it will always be the managers “red and white army”. 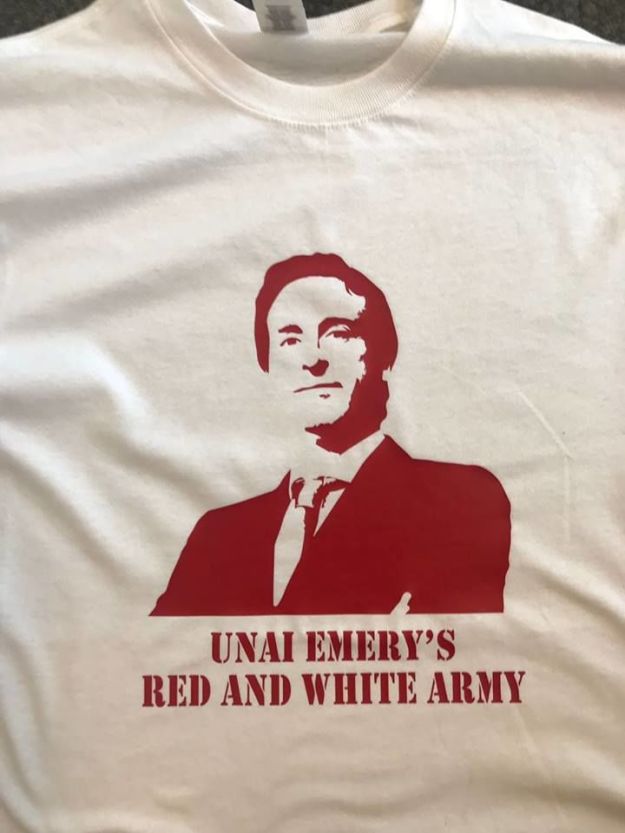 Let’s start getting it right please.

It is “Unai Emery’s red and white army”.