Last night Serge Gnabry played well for Bayern Munich against Liverpool. This led to the usual rubbish on Twitter every time Gnabry has a good game that is on the tele. Arsenal fans moaning that we should never have let him go.

Let me nip that in the bud.

Arsenal did not let Gnabry go, Gnabry decided to go.

For those who conveniently forget the truth so that they have an excuse to bash the club, let us have a quick recap.

At 18-years-old, Gnabry was playing in his first full of senior football. He played over 460 minutes of Premier League football in the 2014/15 season, finding himself competing with a teenage Alex Oxlade-Chamberlain for minutes behind Theo Walcott and Alexis Sanchez.

He was out for well over a year as Arsenal took their time getting him back to fitness. The club playing the long game, not rushing him back.

In 2015, the club decided to loan him out. He had not played for 18 months and was in need for regular first team football. Arsenal could not give him that week in week out, the hope was WBA would.

He played just 12 minutes of football under Tony Pullis.

So in 2016, he had played 12 minutes of football in 2 and a half years. Arsenal offered him a new contract, but wanted to send him out on loan again, somewhere where he would play. The club knew he needed that game time, and he would return a much better player.

Gnabry turned down the contract as he did not want to go on loan, this in turn forced the club to accept a transfer offer from Werder Breman.

After a year at Breman Gnabry forced through a transfer to Bayern Munich who immediately loaned him out to Hoffenheim.

The fact that in 2017 Munich felt he was not ready to compete for a place in their first time highlights that Arsenal’s decision a year previous was correct.

It took Gnabry two seasons (1 at Breman, 1 at Hoffenheim) to be ready to be a regular member of Bayern Munich’s first team – although this season he has still not been a first team regular for the German giants; starting just 12 of 22 Bundesliga games.

Arsenal’s only big mistake was loaning Gnabry to WBA, where he did not play. And it is something that we have since learned from

There honestly isn’t a loan deal in recent years that Arsenal regret quite as much as sending Serge Gnabry to West Brom. Such a loss to the club.

Spectre of how badly wrong they got that one of the reasons they’ve been reluctant to send Nketiah, Willock to Championship.

Back in 2015, loan moves abroad where not en-vogue in the Premier League; unless you played for Chelsea and got loaned to Vitesse Arnhem.

The Premier League was perhaps a little bit too arrogant and feeling of superiority. That no other league in the world was like it. With its high pace and physical nature. The feeling was young players should be loaned to lower Premier League sides or Championship sides so that they could get used to the physicality of playing with men.

In hindsight, this was wrong, and led to many young skilful players being kicked out of the game. They just did not have a chance to develop their skills.

Clubs like WBA would shun young exciting players who might lose the ball often, but would also win games on their own. Instead they chose journeymen, basic footballers who would make few mistakes. They would line up to not lose games instead of lining up to win them. Preservation was their priority.

Premier League clubs have seemingly learnt that it is better to send out young players, who are slight, skilful and quick, to a league which would promote their talent, not stifle them.

That is why Jadon Sancho moved to Borussia Dortmund instead of staying in the Premier League. And why the likes of Reiss Nelson, Emile Smith Rowe and Ademola Lookman have all spent time in Germany.

Nelson was in a similar position to Gnabry was at Arsenal. In need of game time but was unable to get enough whilst at the club. 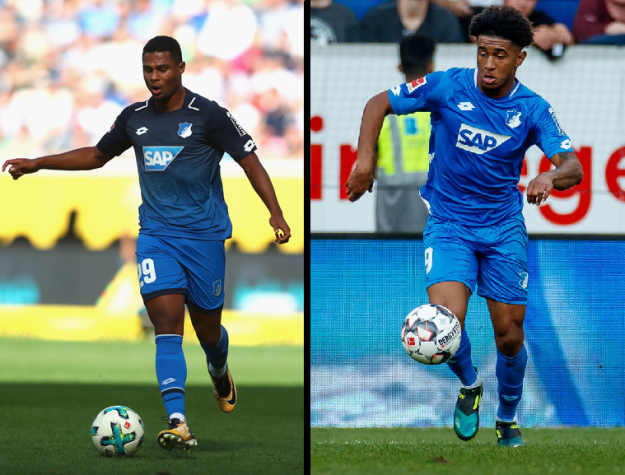 Interestingly Hoffenheim was where Bayern Munich sent Gnabry when they felt he was still not ready for first team football.

If sending players to Germany was popular back in 2015; I am sure Arsenal would have considered sending Gnabry on loan back to his home country – even on loan to Werder Breman.

What is interesting is that at the age of 19, Nelson and Gnabry had the same situation facing them.

Nelson signed, Gnabry didn’t. and the rest is history.