Arsenal are nearing the completion of a deal that will take Kieran Tierney from Celtic to London.
The reported deal is set to cost Arsenal £20m with a further £5m in add-ons (believed to be connected with Arsenal qualifying for the Champions League).
The deal is a fantastic one for Arsenal which will say them sign 22-year-old Tierney – who many believe to be the best British left back.
If Arsenal complete the deal for the reported price, it will be a feather in the cap for the negotiating team.
Following a first bid of £17.5m rejected, reports were that Celtic would be unwilling to do business for less than £30m. For Arsenal to get the deal done for £20m upfront is a bargain – especially in a market which has just seen Aaron Wan-Bissaka join Manchester United for £50m.
The deal begins to sound even better when you understand the mathematics behind it. 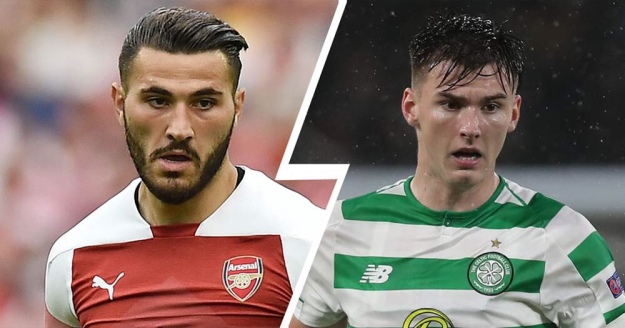 Tierney joining alongside Nacho Monreal signing a 1-year extension will surely mean the end of Saed Kolasinac. The Bosnian has interested Barcelona as back-up to Jordi Alba.
Kolasinac earns £115k a week. His yearly cost is £5.9m a year.
Tierney is expected to sign a 5-year £75k a week deal. With a £20m amortised transfer fee, he will cost £7.9m a year.
So Arsenal will be signing a better, younger full back than they currently have whilst only adding a little under £2m to our yearly expenditure.
When you take into account that Kolasinac would command a transfer fee northwards of £20m, it would leave Arsenal in a position where signing Tierney would not change how much we have to invest this summer. In fact doing a deal on both would likely raise funds for Arsenal, giving us more within our budget to be invested.
https://twitter.com/keenosafc/status/1145311229797392384?s=21
Arsenal’s wage bill is the biggest problem at the moment
Selling Kolasinac and signing Tierney will save the club about £2m a year in wages alone.
Add Kolasinac to the departing Petr Cech, Stephan Lichsteiner, Aaron Ramsey and Danny Welbeck, that will be nearly £22m a year wiped off the wage bill.
When you add this lowering of the wage bill to the additional money from Emirates and Adidas, a clearer picture is starting materialise on Arsenal’s finances. One that shows that we have a lot more to spend than the £40m that was miss-reported by the main stream media.
Deals for Gabriel Martinelli, William Sabilla and Wilfried Zaha are being negotiated. If these deals go through it will take Arsenal close to £100m in expenditure.
Further transfer could then be financed dependant on yeh sales of Shkodrab Mustafi, Mohamed Elneny, Henrikh Mkhitaryan and Mesut Ozil; all of whom the club are rumoured to be willing to listen to offers for.
Raul Sanllehi’s remit this summer was a simple one.
Get in control of an upwards spiralling wage bills whilst improving the quality of the squad.
Tierney for Kolasinac does just that.
Keenos
https://twitter.com/shewore/status/1081172978480701440?s=21
Sent from my iPhone

5 thoughts on “Tierney IN, Kolasinac OUT: The mathematics behind the deal”