“Arsenal will struggle to sign anyone with no Champions League football” fans of Tottenham have cried over the last year.

The signing of Nicolas Pepe shows what I have known all along, players do not care about the Champions League.

Players want to win trophies, they want to earn a lot of money, and they want to play for the best teams, those teams they supported growing up.

So playing for Barcelona, Real Madrid, Bayern Munich or Juventus delivers all 4. Trophies, money and playing for a top team.

Whilst Man City, Chelsea and PSG have offered the trophies and the money.

Prior to last season the likes of Liverpool could offer the historic club and the money. As can AC Milan and Inter Milan.

In recent years, Manchester United and The Arsenal have bought big despite not being in the Champions League.

They were able to offer the money, at times the trophies, and their biggest draw was they are both amongst the biggest names in world football.

The likes of Nicolas Pepe would have grown up supporting Arsenal, with their numerous French African stars.

Raul Sanllehi recently said “when Arsenal knock on a player’s door, it’s a different knock than other clubs” . 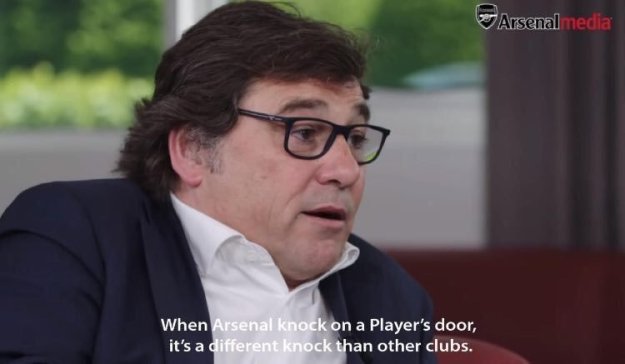 And Sanllehi is absolutely spot on.

Regardless of 3 finishes outside the top 4 in the last 3 years, The Arsenal have still been able to compete and sign some fantastic players.

The fact is that as long as The Arsenal can compete financially, pay the salaries, we are still a bigger draw than someone like Tottenham who can offer the Champions League but not the salaries, success or playing for top club.

A lot of the players mentioned above have also joined from sides in the Champions League from Europe, highlighting just how big a draw it is to play for The Arsenal over the likes of Borussia Dortmund, Lille and Lyon.

It is not just The Arsenal that has this kind of pulling power.

Manchester United were able to sign the likes of Paul Pogba, despite no Champions League football. Barcelona, Real Madrid, Bayern Munich and AC Milan could compete for any player in the world no matter if they finished 1st or 8th.

Regardless of what competition The Arsenal play in, they will always be a bigger draw for players than the likes of Tottenham.

Saliba and Ceballas picked Arsenal over Spurs, and they could only dream of signing a player like Nicolas Pepe.