In June I analysed the state of the Arsenal squad.

The theory behind it was to evaluate what exactly Arsenal currently has in the squad, in terms of players that must be registered with the Premier League (Players born on or after 1 January 1998 do not need to be register) and of those registered players, who is home grown (HG) and non-home grown (NHG).

At the time of previous blog, Arsenal had 22 players over the age of 21, 15 of whom had to be registered. This left Arsenal with 3 senior spots, 2 of which could be filled by a NHG player if desired.

Since that blog, Arsenal have signed Dani Ceballos, Gabriel Martinelli and William Saliba, with Nicolas Pepe on the cusp of joining (at the time of writing). David Ospina has been sold.

The signings of Dani Ceballos and Nicolas Pepe, with David Ospina leaving puts Arsenal in a position where they can sign 2 more senior players – enough room for a central defender and left back.

This leaves Arsenal with just 1 space for a non home grown player.

Scottish players are considered NHG under Premier League rules. This means that were Arsenal to sign Kieran Tierney at left back, they would have reached the maximum amount of NHG players.

Things can change quickly in football, however.

Laurent Koscielny is likely to return to France, with Edu having recently met with his counterpart at Rennes.

If a new central defender joins, it will most likely mean the end for Shkodran Mustafi. Either Saed Kolasinac or Nacho Monreal will surely make way for Tierney.

Losing Koscielny, Mustafi and a left back will free up 3 more NHG places, taking us down to just 14 – and 21 registered players in total.

That would leave us the places to add someone like Samuel Umtiti or Daniele Rugani – both of whom we have been linked with. It would also give us a bit of breathing room if we wanted to make a late bid for another central midfielder like Sami Khedira.

With the likes of Mohammed Elneny and Henrikh Mkhitaryan set to be on the fringes of the squad, Arsenal could free up further space if needed.

We are closing in on the maximum registered squad number (25) and maximum amount of non home grown players (17), but there is nothing to worry about. Yet.

A short apology for the lack of blogs in recent weeks. Real life has taken over and with work being at its peak period, annual leave and weddings I have barely had enough time to think, let alone write a blog.

It has been 6 days since my last blog and a lot has happened since I blogged that Arsenal’s transfers were heating up.

On the Thursday I was at a wedding, sweltering in my suit in an old stately home with no air conditioning. Anyone that has ever met me will know that I am not the fittest of blokes. Let’s just say there was a lot of perspiration.

Since my blog last Tuesday Arsenal confirmed that signing of Dani Ceballos on loan and William Saliba, who was immediately loaned back to St Etienne.

Both transfers interest me because of the deals themselves.

Ceballos is a wonderful player, but the loan deal does not include an option to buy. This means if he excels and has a good season, Arsenal will probably have to pay even more to secure him next summer. This makes me feel that we see him as short term option.

Next summer Ozil will only have 1 year left on his contract. We will have to go big to replace him – an attacking midfielder will be next seasons marquee signing. That is perhaps why we have opted against paying (or pledging to pay) a fee for Ceballos. We want to ensure that we have enough in the bank to go big on a target, rather than have £20 or £30million less due to buying Ceballos.

Of course, if Ceballos does perform, he could become that marquee signing.

Saliba has also been loaned back to St Etienne.

At 18 we have clearly signed him with the long term in view. A replacement for Sokratis in 12 to 24 months rather than an immediate replacement for Laurent Koscielny or Shkodran Mustafi.

My feeling all along was that a senior starting central defender would only come in once Mustafi has left the club.

On a side note, the booing of Mustafi by Arsenal fans was childish. Grow up.

If Koscielny is released by the club in the coming weeks, it leaves us with Sokratis, Mustafi, Rob Holding, Calum Chambers and Kostadinos Mavropanos. Signing a 6th central defender does not make sense. Either Mustafi or Chambers will be moved on 1st.

Then in 2020, Saliba returns and we have our new centre back signing, Holding, Saliba, Chambers and Mavropanos (or Medley or Ballard).

Over the next couple of days Arsenal will confirm Nicolas Pepe, who flew home from Miami last night.

The French-born-Ivorian will be a real statement of intent. He is one of the best wingers in Europe and it shows that top players would rather play for top clubs who are temporarily out of the Champions League, then small clubs who do not win trophies.

It would not surprise anyone if we did the deal for Kieran Tierney towards the end of the week.

Carlo Ancelotti has recently announced that Napoli are out of the running leaving Arsenal with no opposition for the signing.

Arsenal have reportedly met Celtic’s asking price, but the Glasgow’s 2nd club are unhappy with the structure of the deal, preferring the full fee upfront. Expect the deadlock to be broken this week.

That would leave Arsenal having signed Gabriel Martinelli, William Saliba, Dani Ceballos, Nicolas Pepe and Kieran Tiernay. It would be nearly £125million spent excluding whatever fee we have paid for the Ceballos loan deal.

We have always said that the £40million was a lie. We have been proved right. We are not ITK, we just did the maths and looked beyond the clickbait headlines.

The last piece of the jigsaw this summer would be that central defensive signing to replace Mustafi. If we complete that, Raul & Edu should be congratulated on a very good 1st summer transfer window under the new regime.

It is going to be another exciting week. 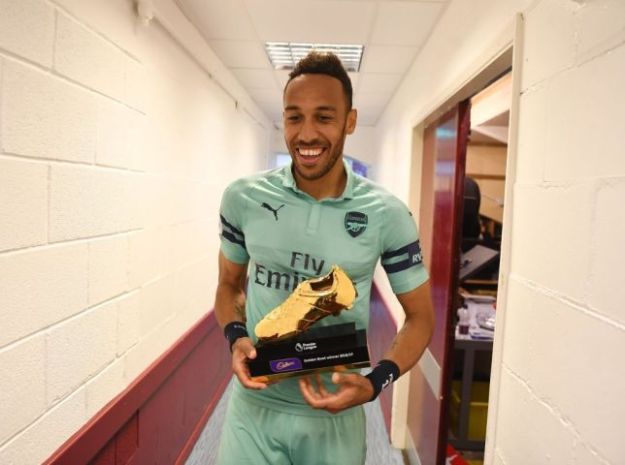