Emmanuel Petit. He is at it again.

During the last few years of Arsene Wenger, he became an outspoken critic of the man who bought him to England.

Wenger’s departure from Arsenal show that Petit’s view was not about giving an honest opinion, and more about his realisation that criticising Arsenal can give him a career.

In a rant about Arsenal’s budget – where he criticised the club for only giving Unai Emery a £60m budget and showed himself up for not having a clue about Arsenal, or how transfers work – he said the following:

Petit: “They need to bring in top quality players. I want to say to the board, ‘Can you just stop bringing in young players for one year?’. We’ve had enough of young players. The club is full of them. It’s been like this for 15 years now, we need something else” 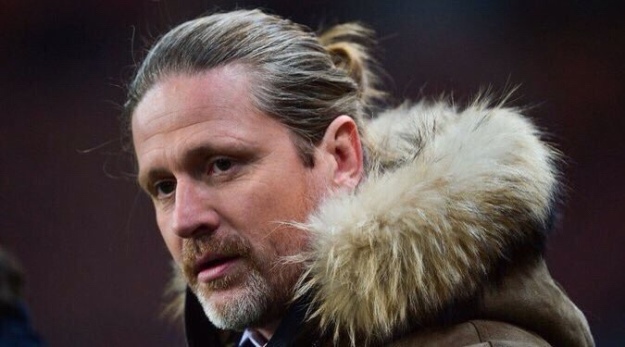 Firstly, why is Petit talking about “we” like he cares about Arsenal?

Before he was signed from Monaco by Wenger for just £2.5m, he was a journeyman centre back who has played just twice for France in 3 years.

After his first year at Arsenal, he won the World Cup for France, playing alongside Didier Deschamps in midfield – starting ahead of Patrick Vieira in the final.

He literally owes his World Cup winners medal to Arsene Wenger and Arsenal.

Two years after that World Cup won, Petit engineered a move to Barcelona. He only actually played at Arsenal for 3 years. So enough of the “we”. He isn’t an Arsenal legend. He isn’t Arsenal.

Back to the quotes.

He says Arsenal need to “stop bringing in young players for a year”. This highlights that he is nothing more than a clueless rent-a-quote gobshite trying to make a media career out of criticising Arsenal.

This summer, the two players we have been heavily linked with are

In January, we signed Pierre-Emerick Aubameyang (28) and Henrikh Mkhitaryan (29).

Add Alexandre Lacazette (26) and Sead Kolašinac (24), and you are starting to get the point.

In January Arsenal did buy Konstantinos Mavropanos (20) for £1.8m. That is our only young signing in the last 12 months. And you’d have to be an idiot if you did not want a club to sign any young player with potential. I feel Petit is that idiot. Or pretends to be as he knows it will get him the attention he craves.

All Petit has done with his comments is show how out of touch he is. With Arsenal, and with football.

Ignoring again the “we” word, the bloke must be seriously stupid. If Aubameyang is not a big personality, a big character, and targeting the 34 year old Swiss captain is not aiming for an experienced player, I do not really know what Petit wants?

Actually, I do know what Petit wants. Attention.

Emmanuel Petit owes his career to Arsenal and left as soon as he could.

He is now a rent-a-quote gobshite trying to make a career off the back of Arsenal.

Been a busy day, Spain, Holland and African nation's shirts added to the shop.https://t.co/zhnaUcm9JL