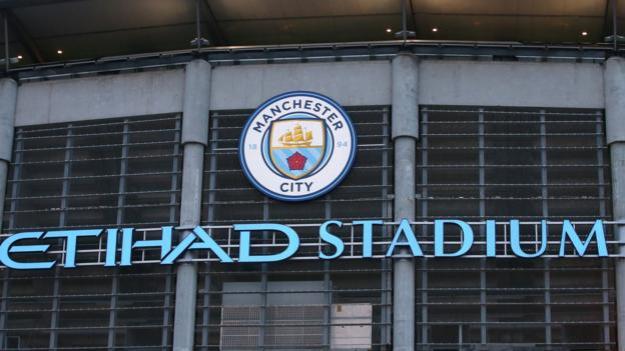 Many will disagree with me, but I have no real issue with Sheikh Mansour pumping his billions into Manchester City.

It is his money, he has legally earn it. Why should be restricted as to how he spends it?

The important thing for me is that once he has given the money to Manchester City – whether it be through gifts or sponsorship – that money then becomes Manchester City’s.

Manchester City are very different to Chelsea. They have zero debt. Sheikh Mansour has financed them and does not seemingly want the money back .He has not loaned them, the club does not sit with £2.7bn debt owed to the owner. Chelsea, meanwhile, currently owe Roman Abramovich £1bn.

This means if Roman was to ever leave, the club would be forced to pay off his huge loan, or the new owner be forced to take it on.

A lot of people are pointing out that Sheikh Mansour’s funding of the club infringes UEFA’s Financial Fair Play laws. This is a justified argument, but only works if you think that FFP was legitimate in the first place.

I have had problems with FFP since the day it was proposed.

The theory behind FFP was understandable. It agreed to in principle in September 2009. The aim was to prevent football clubs spending more than they earn in the pursuit of success and in doing so getting into financial problems which might threaten their long-term survival.

But this was just the tagline the clubs already at the top of the tree put towards.

The truth is FFP was invented to stop the likes of Chelsea (and future clubs who get bought by billionaires) breaking the dominance of the established big boys.

UEFA Member Clubs feared that there could be a Chelsea in Spain, Italy and Germany. Clubs with little to no history being bought out by a super rich Russian or Arab who was happy to bank roll that club to success. Real Madrid, Barcelona, Manchester United, Liverpool, Juventus and Bayern Munich led the way for FFP. They were frightened that their monopoly on success could be ruined.

It is the old money / new money that you often see in Kensington when the super rich move in and decide to build an iceberg basement.

Those currently living on the street are against the basements works, even though they have already spent millions on their own one. Once they have their own basement in place, they do not want a new guy moving next doors, building his own one, disturbing the street.

It is the same in football.

All of these clubs had, at some point, a wealthy benefactor that has enabled them to become the self-sufficient giants that they now are.

By introducing FFP, they were basically saying “we have had our wealthy benefactor who financed us to the top, we are now going to ban you from doing the same”.

The argument was that a Roman Abramovich or Sheikh Mansour created an unfair playing field, but the truth is the opposite.

By banning these characters putting money into a club, it mean that the already-rich would stay at the top, unchallenged by the not yet rich (Leicester City aside is a one season in a 100 thing). Elite clubs in Europe were basically solidifying their place at the top table but restricting what other clubs could spend.

Whilst Manchester City ran away with the league last season, the Premier League is the most competitive in Europe’s top 4 (I do not count France as a top league).

There have been 4 different winners of the Premier League in the last 6 years; Manchester United, Chelsea, Manchester City & Leicester City. There have also been 5 different sides to finish 2nd in those 6 years (Man U, Tottenham, Arsenal, Man City, Liverpool).

Prior to Chelsea being bought out by Roman Abramovich, just 2 clubs had won league titles in the preceding 6 years (Arsenal & Manchester United). The money that came in to Chelsea made the league more competitive. It stopped it being a 2 horse league.

A 2 horse league like La Liga – where Real Madrid or Barcelona have won 13 of the last 14 league titles. They also monopolise second place; with 12 2nd place finished in 14 years shared between the two of them. Only twice since 1950 have one of Barcelona or Real Madrid not made the top 2.

FFP was designed to keep Real Madrid and Barcelona at the top. To restrict a Chelsea (or later Manchester City) rising in Spain like they did in England. La Liga is now a boring and predictable league. A two team league. The Sunny SPL.

It would be a lot better if a super rich owner came in, bought a mid size club, and smashed the Barcelona / Madrid monopoly.

I remember the glory days of Seria A being a highly competitive league. Juventus, AC Milan, Inter Milan, Roma, Lazio all won the league over a 7 year period. Juventus have now one the last 7 titles. How boring and predictable is that?

And the Bundesliga is no better, with Bayern Munich having won the last 6 titles.

This is what FFP does. It keeps the current establishment at the top by restricting what lesser clubs can spend.

Europe’s elite are basically saying “we have had decades of being the richest club, spending the most. We have had our benefactors come in and spend millions, now we are going to stop you.”

A final thought on this.

FFP was bought in to stop clubs going into huge debt. Manchester United, Juventus, Real Madrid, Barcelona and Liverpool – 5 of the clubs who drove for FFP – have combined debts of nearly £2bn.

Billionaire owners are good for leagues. They break up the establishment. As long as they pump money in and do not expect it to be repaid; then they are a positive.

UEFA’s elite clubs used FFP to try and solidify their place at the top table. The same way they are proposing a European Super League where its founders are immune from relegation.

FFP is working in Spain, Italy and Germany as it is stopping other clubs becoming competitive. It is ensuring the old guard continue to win titles.

The Premier League is the most exciting, competitive in the world. And the only league where we have a mixture of old guard (Manchester United, Liverpool, Arsenal) and new money (Manchester City & Chelsea)

3 thoughts on “Manchester City €2.7bn doping – and why it is good for football”