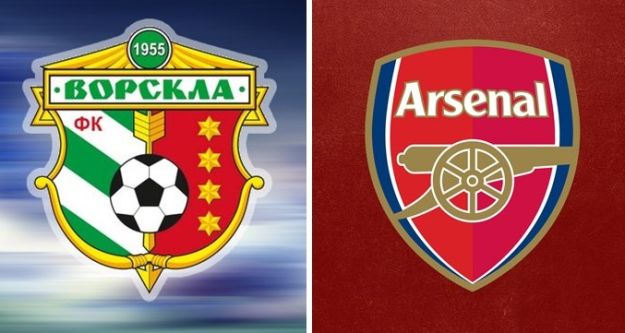 We are out in Ukraine for the Europa League game against  FC Vorskla Poltava where victory will guarantee first spot based on our better head-to-head record against Sporting Lisbon.

Having beaten Vorskla 4-2 in the home leg, Unai Emery is expected to make wholesale changes to the side with one eye on Sunday.

As key games against Tottenham on Sunday awaits. Emery’s first North London Derby. An opportunity to mark up his first 3 points against that lot up the road. A win takes us above them.

All this week I have been speaking to people about Sunday’s game, rather than tonight’s. It is easy to take the eye off the ball, but this evening just seems inconsequential. An inconvenience. An interruption. Sunday’s game is just a million times more important.

Arsenal are already without Danny Welbeck, sidelined long term with an ankle injury. Striker Alexandre Lacazette (groin) is also a doubt after missing Sunday’s win over Bournemouth. This could open the door for Eddie Nketiah for his first start of the season; as Emery is unlikely to risk Pierre-Emerick Aubameyang, his only fully fit senior striker.

Centre backs Konstantinos Mavropanos and Laurent Koscielny are still battling back from their long term injuries.

Elsewhere, full-back Nacho Monreal is sidelined for the next 10 days as he battles back from a hamstring injury and Stephan Lichtsteiner, who also has a hamstring problem, is a doubt for the trip.

The likes of Tyreece John-Jules, Joe Willock, Charlie Gilmour and Jordi Osei-Tutu were among those who trained with the Arsenal first-team at London Colney before they fly out to Kiev for their tie, the location for which has been changed in light of the introduction of martial law in certain regions of Ukraine.

Petr Cech will replace Bern Leno in goal, with Carl Jenkinson likely to get a start in defence.

Rob Holding will be in defence alongside Stephan Litchsteiner. At left back we should see Ainsley Maitland-Niles get some game time.

A midfield 3 of Aaron Ramsey, Matteo Guendouzi and Mohamed Elneny.

Nketiah will be joined in the front 3 by Emile Smith Rowe and Joe Willock. The youngster has been in fine form playing centrally for the U23 team this season, with a raft of youngsters on the bench.