Ousmane Dembélé is a talented kid. That is not up for debate. But he is a troubled star who reminds me of a young Mario Balotelli.

Genuinely two-footed, quick, skilful, strong and technically solid, the Frenchman should be the next global star in football, following Lionel Messi, Cristiano Ronaldo and Neymar.

It is his natural attributes that saw Barcelona pay Borussia Dortmund €105 million plus a reported €40 million add-ons for the then 20-year-old after just a single season with the German club. He was supposed to be a short term replacement of Neymar, a long term replacement for Messi.

Dembele had gone on strike at Dortmund in an attempt to force the deal through, with team-mate Roman Weidenfeller saying the Frenchman did not even bother to collect his boots. There were warning signs.

In fact, his issues were prior to his days at Dortmund when he refused to sign a professional contract with boyhood club Rennes.

Despite getting his desired move, things have not really gone to plan for Dembele in Spain, with injuries and apparent attitude problems hampering his progress, regardless of a recent upturn.

Dembele is reported to have turned up late for training more than once – including turning up 2 hours late earlier this week.

Last month he was left out of the side for their Champions League clash against Inter Milan after skipping a team meeting.

A few weeks ago the 21-year-old was left out of the squad completely for a game against Real Betis after failing to show up to training. 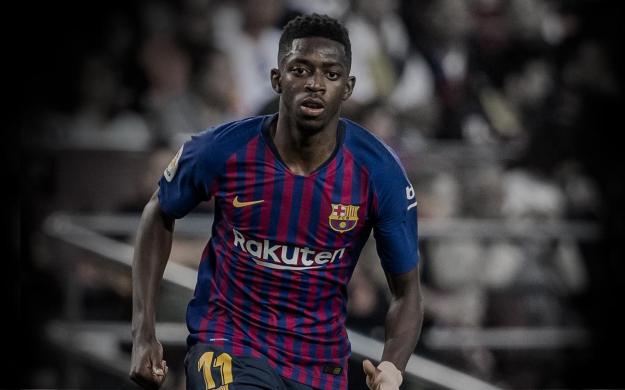 Urbano Ortega, who was key in bringing the player to Barcelona, blamed his “entourage” in a recent interview – which brings back memories of another talented and temperamental young Frenchman. Nicolas Anelka.

“We already knew about how he was and about his entourage. In fact he had already had problems at Rennes, where he didn’t want to sign the professional contract at first. We had good information about him at the technical level and some facts about his indiscipline due to his youth and because of the people that surround him, which do not help him at times,” recalled Ortega in an interview with Catalan radio programme, Esports Cope.

The hope with him is that he is young and naive, and if he grows up he will be a world superstar. But the same was thought about Anelka and Balotelli. Neither had the career they should have done.

In 2017 Barcelona took the risk and went big on him. If he is available in the summer, should Arsenal repeat that risk?

Despite his problems at Barcelona, he will still cost a huge amount. We are talking about £70-80million. This is a huge outlay considering his issues.

You also have the impact he could have on squad moral.

Arsenal currently have a fabulous team spirit, but one bad apple can soon change that. With the side have so many talented young players – Lucas Torreira, Matteo Guendouzi, Ainsley Maitland-Niles, Emile Smith Rowe and the returning Reiss Nelson – would it be sensible to add a problematic player with attitude problems to that group?

Arsenal do have some senior French-born players. Pierre-Emerick Aubameyang and Alexandre Lacazette have taken Guendouzi under their wing. The hope would be that they could be a positive influence. That if he befriends these players, they could clip his wings a little, and maybe move him away from the troublesome entourage that Ortega speaks about.

But the risks are huge.

Like with Balotelli, the clubs willing to take a risk reduces every time a player moves but his behaviour remains unchanged.

Liverpool ended up releasing Balotelli after 2 seasons. He had played 16 league games; scoring just 1 goal. They wrote off £16million and a huge chunk in wages.

Dembele is currently reportedly on £200,000 a week at Barcelona.

At those wages, Arsenal would struggle to recoup too much of the transfer fee if he does not settle, if he continues with the same behavioural issues as he has shown in Spain and Germany.

Looking forward 2 years, if he is still a problem child, who would pay Arsenal big money to take him on? The fear is Arsenal end up with a bad apple on huge wages that we are unable to sell.

If he does grow up, we would have a world class player on our hands. But Dembele is 22 at the end of this season. He has to grow up sooner rather than later.

Signing Dembele would be a huge financial risk for Arsenal. I am not sure if we should take it (but would be excited if we did).

For those who want a watch there's still Time to order before Xmas from –https://t.co/YCztwa199C pic.twitter.com/e05Yw7V26Y