Yesterday Unai Emery confirmed what we all knew. That Arsenal were primarily looking to complete loan deals in January. 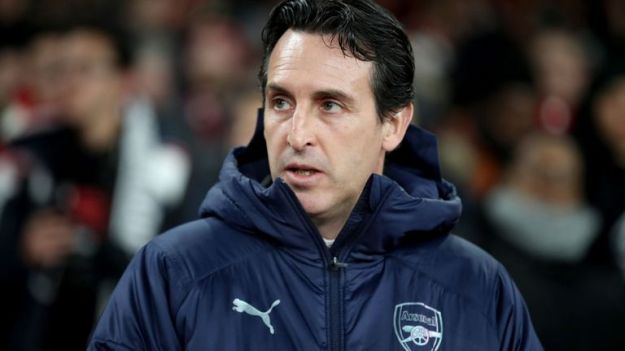 The club do have money to spend on players, but it has to be the right players. Not a stop gap. Not a risk. But someone who Sven Mislintat and his team recommend as the right player, a long term option.

If this player is not available in January, it is important that we do not panic buy. Waste money on someone who no one really wants. A new player is for life, not just for January.

Clearly Mislintat, alongside Raul Sanllehi and Unai Emery have decided that the right players are not available. Hence the focus on loan deals.

We all know the club is not floating in money. We don’t have the sugar daddy of Manchester City or the commercial revenue of Manchester United. Liverpool have out bought us over the last 5 years due to some fantastic sales – even though it is Arsenal with the higher net spend.

The restrictions at the club at the moment are not due to the new guys, or even Stan Kroenke. It is due to what has happened before.

For the last 4 or 5 years, the club has been poorly run by Ivan Gazidis; assisted by Arsene Wenger. If Kroenke is guilty of anything, it is not getting rid of the pair years ago.

Go back to the summer of 2015 when we only bought Petr Cech.

The financial pressure from the stadium loan had been partly lifted due to refinancing. We had money to spend, and failed to spend any on an outfield player. It was a catastrophic summer. It not only cost us the league title that year, but has caused us damage that we are suffering now.

4 years on we are paying for the price.

Had we actually signed what we needed to that summer, they would be coming to the end of their 4 year deals this. Their transfer fees would no longer be amortised in the accounts, freeing up further budget to buy players.

Due to the lack of transfer activity that summer, very little will be falling off the accounts, available to spend this summer. Just the couple of millions for Cech. And we are still paying for players that we had to overspend on a year later due to this fiasco.

This will be propped up by Danny Welbeck’s transfer fee no longer being amortised (he signed a 5 year deal in 2014). It is incredible that that summer has cost us so much.

We then have the poor commercial deals by Gazidis.

Whilst he shouted about record deals” the truth was that a high tide rises all ships.

Since 2009, Arsenal’s commercial revenue has risen by 88%. Liverpool, Manchester United and Chelsea have all increased theirs by over 100%

Then we have player sales.

My estimation is that Arsenal have missed out on over £200n in transfer fees due to poor player sales over recent years.

Liverpool have spent more than £200m on players than Arsenal in the last 5 years. Yet Arsenal have a net spend £50m higher. The Scousers have been better at selling – bringing in over £250m than Arsenal.

This figure is even more incredible when you consider how much they spent on Allison and Virgil van Dijk in the last 12 months.

We all knew that Arsenal had been run poorly over the last half a decade, and it is only becoming clear now just how poorly that was.

Sanllehi is not yet 12 months at the club, and barely 6 months in his new role. Mislintat has been here just over a year. It will take these guys time to fix us. They need to be given that time and our support.

Over the summer I held a simple opinion. That it would take 6 transfer windows from when Mislintat took over to change Arsenal. We have had 2 so far.

In the two we bought in some top signings.

This summer we will hopefully see a new left back, central defender and winger join the squad. Arsenal could have over £100m to spend, depending on player sales.

And it is not just about buying players. It is about selling.

Ramsey, Cech and Welbeck will all leave on a free transfer. Add in Lichsteiner and that is nearly £20m freed up.

Over the last 12 months we have seen Giroud, Walcott, Debuchy & Coquelin also leave. As well as Cazorla, Wilshere, Meetesacker, Perez and Campbell.

Add in Sanchez and that is 13 senior players sold in 3 transfer windows. Over 50% of Arsene Wenger’s 25 man squad.

That should highlight to you all how big a challenge it is at Arsenal. We have had a 50% turn around in playing staff, and are only 1/3 of the way through doing what we need to do.

A line in the sand has to be drawn. Let’s not blame what is happening now on those currently at the club. It is the fault of those who left.

Raul and Sven are having to undo a lot of poor work. They have pretty much having to rebuild the entire squad. The entire club.

I am positive about the future at Arsenal. It feels like some fans have now finally realised what a hole we were in.

Back the new lads.