The 2018-19 Premier League season hasn’t been kind to Mesut. The creative midfielder has rarely featured in the Premier League. Ozil is on pace to provide his fewest number of assists as a Gunner in the league this term. His previous low came in 2014-15 when he tallied six. This term, Ozil has just one assist in 14 Premier League appearances, which is far from his usual performance wearing an Arsenal shirt.

He has missed a lot of the season due to injury. Even when fit, manager Unai Emery has left him on the bench on occasions. Ozil has been challenged by Emery to prove he deserves a place in the team. The 30-year-old may be struggling through the Premier League season, but there is no doubt he has had some memorable moments as a Gunner since arriving in 2013.

Arsenal were humiliated against Liverpool 4-0 at Anfield in August 2017 and Ozil was heavily criticised for his poor play against the Reds. Four months later, the two teams met at the Emirates with Ozil putting in a classic performance. The next time Ozil takes the pitch, this website will give supporters the chance to back their team. The German inspired an Arsenal comeback and his classy free-kick gave the Gunners a 58th minute lead. The goal reminded football fans of Ozil’s quality. 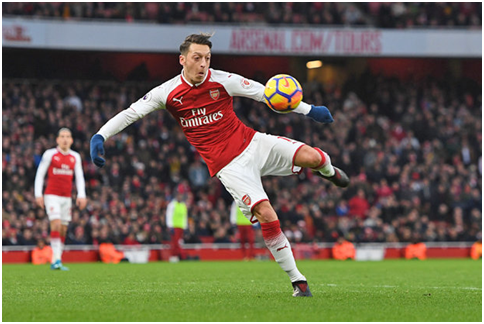 Arsenal met Newcastle at the Emirates just before Christmas 2017. The Gunners picked up a 1-0 victory thanks to Ozil’s 23rd minute volley. The midfielder perfectly tracked a poor clearance from Newcastle goalkeeper Rob Elliot as he backpedaled inside the 18-yard box. Ozil then rifled a brilliant left-footed volley into the Newcastle goal. Arsenal fans can visit https://williamcode.co.uk/ ahead of each Gunners’ game, to benefit from exclusive offers, to wager on the goal-scoring ability of their favourite players.

Ozil’s first goal was a thing of Arsenal beauty. It was classic Gunners under the management of Arsene Wenger. Flowing, perfect passing finished off by a goal provided by the entire team. The strike came against Napoli in the 2013-14 Champions League group stage. Napoli goalkeeper Pepe Reina had no chance of stopping the well-placed strike as Ozil finished off a finally weighed pass. 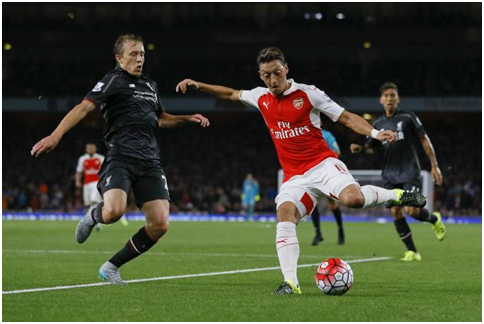 The one thing Arsenal supporters will always remember Ozil for is his ability to create goals. The 2015-16 Premier League season saw Ozil at his creative best. The midfielder tallied 19 assists to lead the league. It was a fantastic return for the German as he was the catalyst to all of Arsenal’s goalscoring during the season.

Since arriving at the Emirates in 2013, Ozil has helped the Gunners win three FA Cup trophies. The first came in his debut season for Arsenal and the second came 12 months later. Those first two FA Cup tournaments saw Ozil play a combined 10 times scoring twice and adding four assists. Arsenal collected a third FA Cup in 2016-17. Although Ozil only played three times as the Gunners took the trophy, he still added a key assist to lead them to the cup final. The German has been at the heart of Arsenal’s most recent success and will go down as an unforgettable part to those teams.

1 thought on “Mesut Ozil: 5 Best Moments as a Gunner”