It usually takes a foreign player a few weeks, even a few months to acclimatise to Premier League football.

Players coming from Spain have often struggled with the higher paced, more physical side of English football.

Dani Ceballos has not needed time to settle. He has taken to the Premier League like a duck to water. His man of the match performance against the Burnley Bully Boys was one of the best home debuts I have seen from an Arsenal player.

Ceballos was everywhere. His performance was all action. He attacked with intent, and also defended soundly. He covered every blade of grass.

That is what I blogged following Dani Ceballos full debut performance against Burnley back in August. It seems like that performance will be the highlight of the Spaniards Arsenal career. 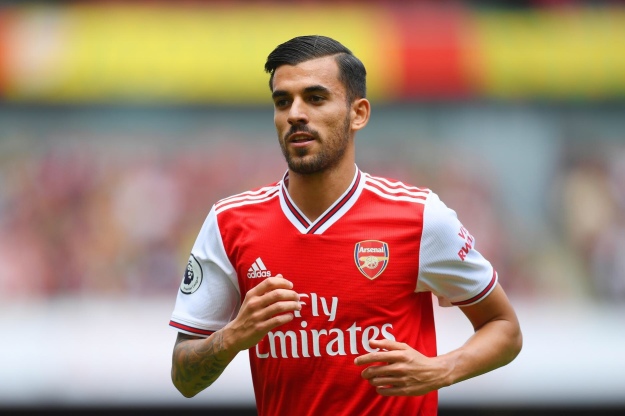 Having got 2 assists against Burnley, his Arsenal record has been underwhelming.

8 starts in all competitions, 1 goal, and no more assists beyond those 2 against Burnley.

Ceballos came off the bench against Bournemouth in the cup. It was his first game since Mikel Arteta had joined.

At the beginning of November he picked up a torn muscle that ruled him out until the end of December. Despite being fit and ready to start, Arteta went with other options – including last night picking Joe Willock ahead of Ceballos.

So just why has Ceballos fallen out of favour?

He was signed under Unai Emery, who clearly rated the player. But even under the former manager he was not getting a lot of game time.

It always takes a while for foreign players to settle, and we as fans got a bit excited over his debut. He certainly went backwards after that Burnley performance, and the injury had hampered him.

By the time he returned from injury, Emery was gone and Arteta was in.

Arteta is building something at Arsenal. Not just for the short term but into next season and beyond.

It is unlikely that Ceballos’s deal with turn into a permanent one, so it is logical that Arteta is thinking “why spend time and effort integrating Ceballos into Arsenal’s first team only for him to leave in 4 months”.

The better option would be to give game time to Joe Willock and Bukayo Saka, allowing them to continue their development – play the players who will be here next season.

Playing or not playing Ceballos will not be the difference between us making the top 4 or not.

Against Bournemouth, Saka scored 1, assisted 1, whilst Willock was heavily involved in both guys. The pairs performance justified their inclusion ahead of Ceballos. Martinelli – also picked ahead of Ceballos – got the other assist.

If both young Englishman continue to get game time towards the end of this season, they will continue to develop. That will mean next season they are able to make an even bigger contribution than they are this.

In Martinelli, Saka, Nelson and Willock; Arteta has his “back up front 4” in place for next season. It is better to continue developing those 4 players, then give game time to someone who will not be here in 4 months.

Ceballos, it just has not worked out.

1 thought on “Why has Dani Ceballos fallen out of favour at Arsenal?”