The key for Arsenal in January was always to get in reinforcements that did not take funds away from the club signing key targets next summer.

Whilst Pablo Mari would not have been at the top of anyone’s list on New Years Day, there is plenty of logic behind the deal.

I am sure the club would have wanted to go for a long term starter. Dayot Upamecano for example. But are these players available in a January? Probably not. 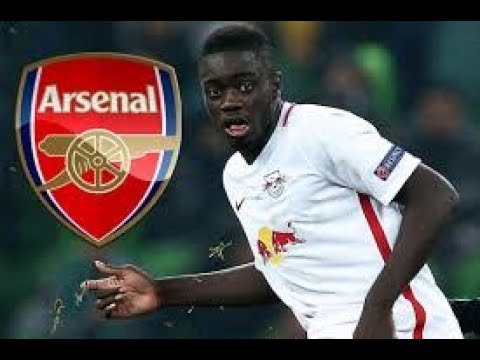 Arsenal could have gone and spent £20-30m on someone – Jamaal Lascelles or James Tarkowski for example. But these guys are not really good enough in the long term for Arsenal. And £20-30m is a huge lump sum that would restrict what business we could do in the summer. It takes a lot of money out of the pot. Money that we need to buy Upamecano (or whoever).

So we bought in Marí on loan with an option to buy. 5 months wages and a reported £4.5million loan fee, we are not tying too much money in him. The deal leaves us with plenty left in the pot to launch a bid for a top class central defender in the summer.

The Cedric Soares deal from Southampton is similar.

The Portuguese right back is a very good player. A couple of years ago he was regarded as one of the best right backs in the league. A falling out at Southampton led him to join Inter Milan on loan for 6 months, but is back as 1st choice right back with the south-coast side this season.

28-years-old and with over 100 Premier League games under his belt, Cedric will provide good cover for Hector Bellerin.

Cedric coming in would also reinforce the middle of the park as it means Ainsley Maitland-Niles can return to his favoured position, rather than being emergency right back cover; meaning that Arsenal do not need to go out and buy a midfield reinforcement in January.

Like at centre back, not spending £20-30m on a central midfielder that the club do not really see as a long term option in January ensures our funds remain strong for a summer assault on someone who we actually want.

We could have easily gone out and spent £40-60m on a new central defender and new central midfielder. This would have kept some fans happy. But if they were not players Edu, Mikel Arteta, etc saw as being long term solutions, it would just be flushing money down the drain. It would restrict what business we could do in the summer.

By bringing in Mari and potentially Cedric, the impact on Arsenal’s summer transfer budget is negligible. They are cheap, smart moves.

The success of this window will be judged by who we sign in the summer.

If we go out and sign (for example) Upamecano, Wilfred Ndidi and Leroy Sane, it will be down to us not over spending in January.

In football, you always need to keep an eye on the long term. Plan for the future, not just tomorrow.