Well what a busy start to the week we have had over at The Arsenal.

On Monday, the news broke fairly late in the day that the deal taking Henrik Mihitaryan to Roma was finally confirmed.

This got us thinking about COVID19 clauses in contracts and if it was a part of the agreement between Arsenal and Lille that Gabriel would have to undergo testing and quarantine prior to the transfer being completed.

On Tuesday our suspicions were confirmed as Arsenal announced the signing of Gabriel on a cute little Zoom call alongside David Luiz and Willian. This was a day after Gabriel had been at the training ground to join the squad in the bi-weekly club COVID19 test.

The announcement was quite a novel way to announce a player.

A live call between David Luiz and Willian on YouTube. They had a little chat about Willian, and then went on to discussing Gabriel. A decision was then made to call him and there he was, in his Arsenal training gear. 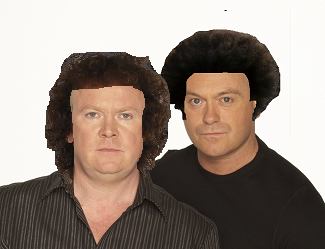 And I guess that would make Gabriel Billy Mitchell?

On the video call, David Luiz’s importance to Mikel Arteta came across.

He is now in the role of “Father of the Squad” as one of the oldest and most experienced. It will be his job to help the young players such as Gabriel and William Saliba settle. It is a role he seems to have fitted into nicely.

Prior to the Gabriel announcement was the news that Ken Friar is to step down from the board to become Arsenal’s Life President.

Ken Friar is a lifelong Arsenal employee, whose story is immortalised on the North Bridge:

One day in 1945, a young Ken Friar was playing football with friends in front of Arsenal Football Club’s Highbury Stadium.

A miskick saw the ball disappear underneath a parked car. As Ken Friar hesitantly went to retrieve the ball, the car’s owner appeared from the famous Highbury marble halls, it was none other than the manager of Arsenal, George Allison.

Allison was impressed with young Friar’s enthusiasm and told him to make himself useful by reporting to his office the next day, whereupon the 12 year-old was offered a job as a messenger at the stadium on matchdays.

From that day on, Mr Friar became a loyal servant to Arsenal Football Club.

in 1950, Mr Friar started working full-time in the matchday ticket office. Through years of hard work and dedication, he was the club Secretary, Managing Director, and also a leader in Arsenal’s move from Highbury to the new stadium.

At the forefront in driving Arsenal Football Club to success for over 60 years.

For that lifetime of dedication, we thank you Mr Friar.

It was sad to see some “fans” abusing Mr Friar in the Tweet announcing his retirement. So called Arsenal fans have also taken to abuse the clubs social media manager for the Gabriel announcement being “delayed”. in the past we have also seen “fans” abuse club photographers, club legends and more recently, the daughter of Geordie Armstrong.

These people are not fans. They are hangers on. They are something nasty you step in occasionally. For some reason they associate themselves with Arsenal and their behaviour is disgusting.

The majority of these fans seem to be Tweeting from abroad. None of them have ever been to a game.

All true Arsenal fans will know and thank Ken Friar OBE for his work for the club over the last 75 years. They will understand those working for the club are just employees and do not deserve abuse. It is vile, and these people need to look at themselves.

Following the Gabriel announcement came some news about an outgoing. Not Sokratis to Napoli but Hector Bellerin to PSG.

It was interesting to watch it unfold on Twitter.

One Journalist broke the news, and then the likes of David Ornstein and Fabrizio Romano jumped on it as if they were breaking it, to keep up the pretence that they actually know what is happening at The Arsenal.

I will probably dedicate more time to discussing Bellerin later in the week.

He has been a fantastic servant to the club for nearly 10 years, and worn the shirt with honour and dignity. If he and the club decide it is time for Bellerin to start a new journey, then so be it.