A lot happened yesterday in the world of Arsenal.

Firstly Arsenal announced in a very brief statement that Laurent Koscielny is leaving to join Ligue 1 side Bordeaux.

It feels like it is a real nasty, needless end to a player who has spent 9 years at the club.

The refusal to go on the American tour was out of character and the way he has departed as definitely damaged his legacy.

Instead of getting a big goodbye in front of an Emirates crowd like Aaron Ramsey did, he leaves with a black cloud over his head. Surely it would have been better to remain professional and have played one last time against Lyon in the Emirates club.

We thank Laurent for his contribution to the club and wish him all the best for the future just about sums it up.

£5million is a decent chunk of money a player that turns 34 in a month. Arsenal have also chopped off nearly £5million off the age bill. Hopefully this frees up further cash to go for a centre back in these late hours.

We then had the news that Eddie Nketiah may well spend next season on loan, with Leeds being front runners for his signature.

It will be a make or break move for Nketiah who finds his playing time at Arsenal limited behind Pierre Emerick Aubameyang and Alexandre Lacazette.

Some fans are moaning that he should get more of a chance at Arsenal, but with two world class strikers ahead of him, minutes will always be tough to come by

If Nketiah does exceptional, he will return to Arsenal and be prepped be Lacazette’s long term back up (taking into account next summer Aubameyang will have just 1 year left on his contract). If he only does OK, Arsenal will probably look to move him on.

With the likes of Tyreece John-Jules (18), Folarin Balogun (18) & Gabriel Martinelli (18) coming up behind, Arsenal will soon have to make a decision whether to continue investing in Nketiah’s development, or move him on in favour of those a couple of years younger.

The expectation was that with Danny Welbeck leaving on  a free at the end of last season, Nketiah will move up to 3rd choice striker – and maybe even the only striker on the bench if Aubameyang started on the left.

If the plan is to use Aubameyang solely as a striker, then loaning out Nketiah makes sense.

And it may well be Aubameyang and Lacazette competing upfront if Arsenal complete the signing of Philippe Coutinho.

According to stunning reports in France, Arsenal have agreed a deal to take the Brazilian on loan. Wait and see on this one I guess.

Than over night that Danieledaniel Rugani rumour reared its head again; with Arsenal having reportedly agreed terms with the young Italian.

Fans seem split on this one, with many calling him the “Italian Mustafi” and others saying he is a top central defender who just has not had his chance at Juventus.

A deal to bring the 25-year-old to London on a 2 year loan deal before making it permanent in 2021 does make a lot of sense in terms of budgeting.

Still plenty likely to happen over the next few days (and even between the writing of this blog and publishing). 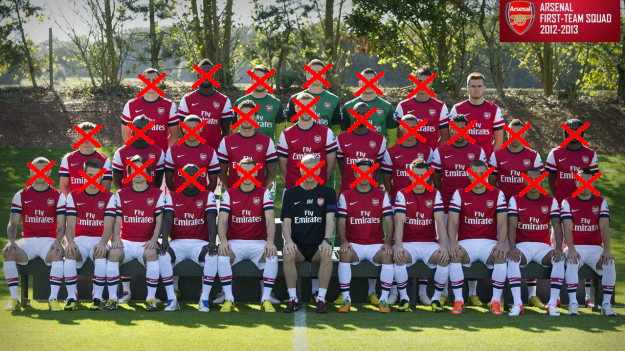 Do not be surprised to see a deadline day central defender come in either.

Yesterday it felt like every hour a different rumour was breaking.

One more blog and it will all be over.

That is when the English transfer window slams shut, and Arsenal still have plenty of business to be done.

It seems every day we are linked with a different central defender. You only have to look at what is trending on Twitter to see the “name of the day”.

Everyone got a little excited over Daniele Rugani earlier last week – the Italian was linked with a 2 year loan deal with an obligation to buy after it.

The deal actually made a lot of sense.

Arsenal would be getting a 25-year-old defender who, whilst his career has stalled at Juventus – would be the best centre back at the club. Rugani would be able to come straight in and partner Sokratis, and be a long turn partner for William Saliba.

Only a small loan fee would need to be paid upfront, with Arsenal not having to pay a transfer fee for another 2 years.

Reports this morning were that Wolves were making a £30million bid for him. Should Arsenal match it and go out and sign him outright?

Next up it was Samuel Umtiti.

Frenchman Umtiti has been many Arsenal fans preferred option all summer. A left sided centre back with power and pace. But he also has knee problems.

A deal would have been easier to make had Barcelona rather than Juventus signed Matthijs de Ligt. As it stands Barcelona have just 4 senior backs – Gerard Pique, Clément Lenglet, Samuel Umtiti and 19-year-old Jean-Clair Todibo.

I would be very surprised if Barcelona let Umtiti leave.

Then yesterday we had the news that Arsenal had bid £55million for Dayot Upamecano, the 20-year-old RB Leipzig central defender.

Despite being just 20, the French defender has a wealth of experience both domestically and in the Champions League.

The news, 1st reported by Bild, came out of nowhere. And if true shows that Arsenal still have plenty available to spend.

If we were able to bid £55million for Upamecano, a permanent deal for Rugani might be able to be done.

And then we have Kieran Tierney.

The trail seems to have gone cold on the Scottish left-back; especially after news that he had suffered a set back following his double hernia operation.

Unlikely to be back fit until October, you have to wonder if the club is thinking “we will come back next year” and have put the money set aside for him into the pot to buy a new centre back.

I have always said that buying a strong left sided centre back is perhaps more important than buying a replacement for Saed Kolasinac.

A big move for someone like Upamecano this summer and then going back for Tierney next summer makes a lot of sense.

Regardless of what business Arsenal do in the next 2 and a half days, people will moan.

The 2019 summer transfer window slams at 17:00 BST on 8 August. That leaves just 6 days for Arsenal to complete their transfer business.

After a slow start with just Brazilian youngster Gabriel Martinelli joining the club at the beginning of the month, Arsenal announced the double move of Dani Ceballos and William Saliba towards the end of July. Ceballos on loan from Real Madrid, with Saliba remaining on loan at St Etienne.

As July turned to August everything went a little bit mental and Arsenal broke their transfer record signing Nicolas Pepe for £72million, dispelling the media lies around the club having just £40million to spend.

The signing of Pepe showed that form is temporary, class is permanent and players would rather join a big club not in the Champions League over a small club in Europe’s premier competition.

It has been a decent window for the club so far, but we still need to make a couple more transfers. If we get those right it could become one of Arsenal’s best transfer windows in a decade.

We have been heavily linked with Kieran Tierney over this summer and it is clear that he is the clubs premier choice to be 1st choice left back. It is a deal we need to push over the line.

It was the defence that let Arsenal down last season and was the primary reason why we are not in the Champions League.

With Laurent Koscielny unlikely to ever play for the club again and Shkodran Mustasfi being offered around Europe, a new central defender is surely on the cusp of coming in?

In recent days both Samuel Umtiti and Daniel Rugani have been linked.

Arsenal are also short in midfield, especially if the club decide to cash in on Mo Elneny.

The Egyptian leaving would leave us with just Granit Xhaka, Lucas Torreira, Matteo Guendouzi and Joe Willock in midfield.

It would only take a couple of injuries or suspensions to see us line up with the 2 teenagers. Clearly we would need to sign a senior pro to replace Elneny. Khedira?

On a side note, we are reportedly in the market for a youthful 3rd choice goal keeper.

We have 6 days to get them.

Less than 30 left – Will never be reproduced