Last season, we were promised a “big shake up” at Arsenal by Ivan Gazidis.

There was talk of a Director of Football coming in and a host of back room changes.

What materialised was Arsene Wenger signed a new two year deal and not much really changes bar a fitness and some dude from Sky coming in.

More recently, we also saw Dick Law, the man who could not negotiate, leave the club. I imagine he didn’t negotiate his own severance package.

So two more years of same old rubbish with Arsene Wenger, it seemed.

Well maybe not. The moves being made over the last week or so could lead to Arsene Wenger’s exit as early as the end of the season, leaving his role a year before his contract is due to expire.

Just yesterday it was announced that Arsenal had hired Borussia Dortmund’s highly-rated chief scout Sven Mislintat as their new head of recruitment.

The 45-year-old German has been brought in to oversee the club’s scouting and recruitment alongside manager Arsene Wenger and chief executive Ivan Gazidis.

Chief scout Steve Rowley has stepped down from his role but will continue working with the club on a consultancy basis during a phase.

The news of Arsene Wenger’s loyal eyes Steve Rowley leaving is as big as Mislintat coming in.

Rowley, 58, who pre-dates Wenger’s 1996 arrival, will step down as chief scout. He was with Wenger through his successful first decade at Arsenal and beyond, elevated to the position of chief scout by the current Arsenal manager having worked his way up the hierarchy.

He is most certainly one of Wenger’s men. 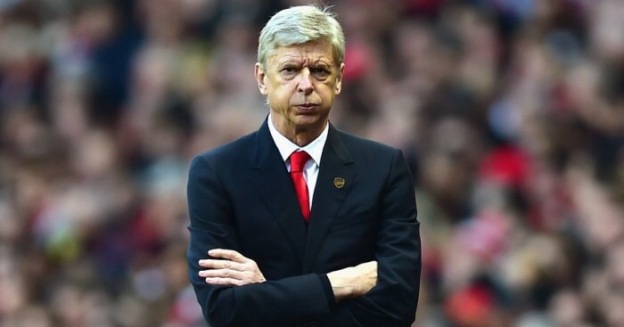 On the heels of this news is the continual gossip of a new Director of Football coming in.

Despite Wenger previously dismissing the idea, and Gazidis being voted down, the CEO has pressed with his search and seems close to making a decision.

Reports from Germany indicate that Arsenal are ‘set to pay £1.75m’ to buy Michael Zorc out of Borussia Dortmund contract and appoint him in new sporting director role.

There has also been continual talk out of Spain that Gazidis is preparing for Wengers exit and wants to hire Barcelona’s Director of Football Raul Sanllehi.

These big moves will loosen the grip of Arsene Wenger, as scouting of players and the overall running of the club look to be taken away from him.

The only logical conclusion of all this is that Wenger is likely to leave Arsenal this summer, with the new management structure having bedded down and appoint their own man.

This could be the last season Wenger has at Arsenal.

For those asked there is now a few more coasters on the shop.https://t.co/UU8goaMVBO pic.twitter.com/SGEa6DlZR7

Arsene Wenger has lost the Arsenal dressing room. It is clear for all too see.

There was talk earlier in the year that if Arsene Wenger signed a new contract, Alex Oxlade-Chamberlain would be of. Now without getting into the ins and outs of the relationship, Oxlade-Chamberlain has not progressed since he has been at Arsenal. He has gone from highly rated young talent to average squad player. It is clear he blames Wenger for this lack of development.

As soon as Wenger signed the new deal, he was always going to be off. It is like the employee who dislikes their manager, and the manager only shows him any interest when he gets a whiff that the employee is unhappy and on the verge of leaving. It is almost always too little, too late. 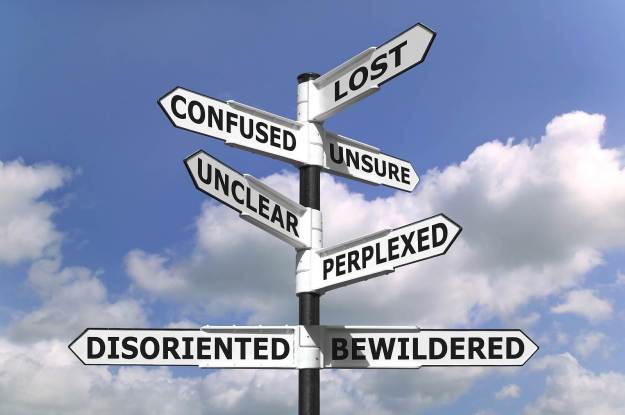 You get the feeling it is the same with Mesut Ozi land Alexis Sanchez. That they were almost expecting Wenger to leave, and were happy to stay at Arsenal, but things have changed, and they have lost faith in the manager.

Shkodran Mustafi is another who seems to have lost the faith. The relationship between the German and Wenger seems to have broken down quickly. From Arsenal bringing him back slowly from international duty, to suddenly he is out the door to Inter Milan.

Then we have the future of the likes of Kieran Gibbs, Jack Wilshere and Lucas Perez. All of whom have been cast aside by the manager recently.

The ship is sinking.

I write this, two days after Arsene Wenger informed us that he knows what he intends to do about his future, and that he will share this with us, very soon. Sadly, this leaves the football world in limbo as far as Arsenal are concerned. The press are having a field day. Fans are openly warring all over social media and radio phone ins shows are full of pundits and former players having their two-penneth worth.

I’m not sure what purpose a statement like this serves ? The only rational conclusion seems to be that it deflects from the dreadful performance, away to West Brom ? Or, perhaps it’s a cunning plan by Wenger to flush out the two sides and get a good handle on public opinion before committing himself to the new deal that’s, supposedly, on the table ?

Either way, we seem to fast approaching the end game. We are on a dreadful run and its going to be tough to get back into the top four. The FA Cup has three other strong sides left in it, so that’s another very difficult route. Even a cup win would only feel like small consolation this season. 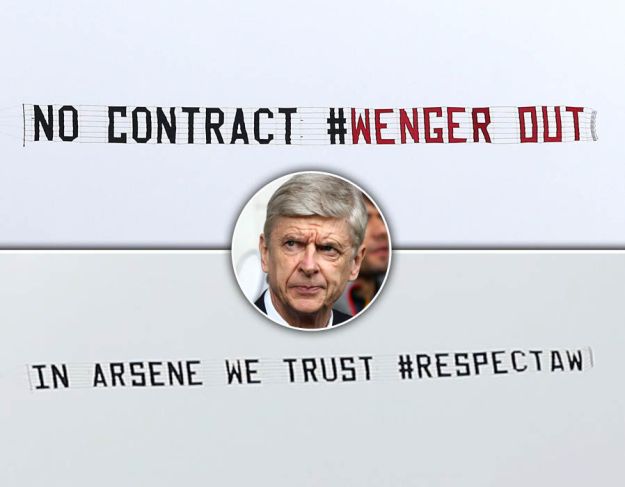 The fanbase is very divided although the tide has definitely turned in favour of the out side. There has long been a very vocal out group, often undermining their own effectiveness with uncalled for personal abuse towards Wenger. But now we are seeing a more measured and moderate group asking for change. This isn’t the rantings of a few disgruntled fans but a ground swell of opinion.

Of those who want a new contract for Wenger, most accept that something isn’t quite right at the club and lay the blame at the door of Kroenke and the board. There is still a large number who believe Arsene’s hands have been tied and he has performed miracles on a limited budget.

There are also those who oppose the manager and the board and hold them jointly liable to what has happened to the club. They claim Kroenke is only in it for the money and that a top four finish guarantees to swell the coffers. They also insist that Wenger can do nothing to get the sack so long as the money keeps rolling in, and because of this he has taken his eye off the ball and is coasting.

I don’t want to debate the rights and wrongs and the merits of each camps arguments. I’m not sitting on the fence, my personal opinion just isn’t relevant to this article. But if everyone’s opinion has a modicum of truth the final outcome will be resolved before the end of the season.

If Wenger feels he has lost the fans and/or the dressing room he will announce his departure at the end of the season in the next week or so. If Kroenke is all about the money then he wont miss the fact that Champions League qualification is looking very dodgy. He will also be wary of rewarding an unpopular manager with a two year deal knowing that if form doesn’t turn round quickly he could be stuck with around a £20 million compensation package to fund. A hard headed businessman will be fully aware that a new manager will want to assess the current squad and bring in summer additions. He will also know that £20 million wasted on compensation could be well used in wages to tempt new blood.

It’s difficult to see any scenario where Wenger is able to sign a new deal without a backlash from the fans. Not impossible, but it’s looking less likely that Wenger will be in charge next season. One things for sure though, something has to give one way or another. I just hope the priority for everyone who loves Arsenal is the club and the whole thing doesn’t turn into a farce as its seems to be in danger of at the moment.