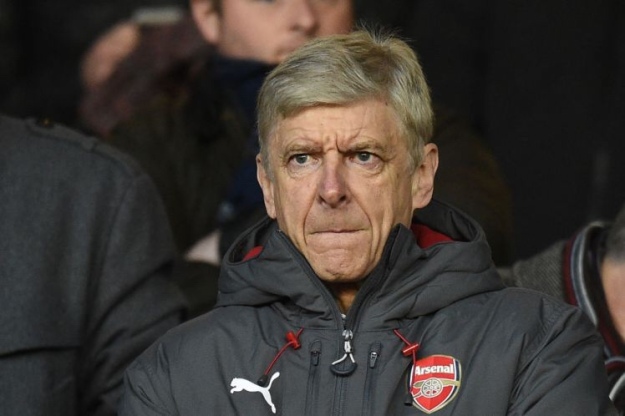 It is bloody cold.

Yesterday on the SheWore Facebook Page I posed a simple question which got an incredible response, more than expected, with everyone giving the same answer. YES.

Would you be happy if Arsene Wenger left now, even if it meant a caretaker coming in ala Stewart Houston 1995? Even if it means we are then less likely to be successful in Europe as in 1995?

The ECWC defeat to Real Zaragoza in 1995 was the first time I cried due to football. I was 10 years old. My football conscious had materialised 2 years earlier in 1993 as an 8 year old with the domestic cup double. My love for Arsenal reinforced with the 1994 final – the first time I had ever been allowed to stay up late to watch football.

Coming from a poor family, we had no SkySports, so the cups were the only thing I took any notice for in the early 90s. I had only ever known success, up until that moment in 1995 when Nayim scored from the half way line.

Whilst Arsenal did not have much of a choice to dismiss George Graham, I still look back at that season 23 years with questions of what if?

Fast forward 23 years, and Arsenal have a similar choice to make management.

Should the club move Arsene Wenger aside now, even if it means damaging our chances of winning the Europa League?

First, the elephant in the room. Many to my post declared that letting Wenger leave will not damage our Europa League chances. And that every day Wenger stays at Arsenal, the club dies a little more. And we are not going to beat AC Milan with Wenger in charge.

Back in 1995, Stewart Houston came in for George Graham. If something similar happened now, would you trust Steve Bould to step up? Is he not just a “Wenger yes man”?

Back in 1993, we had strong characters, like Tony Adams, Steve Bould himself, Martin Keown, Ian Wright, Lee Dixon and Nigel Winterburn. Do we have such characters now who could lead the club to success even without a proper leader?

Back when Chelsea won the Champions League under Roberto Di Matteo, they had the likesw of John Terry, Frank Lampard, Didier Drogba and Petr Cech. We simply do not have that type of characters.

I think Steve Bould would be a failure.

There has also been talk about Thierry Henry coming in. This comes off the back of his comments on Sky Sports that anyone would love to coach Arsenal. This was however not him declaring he wants the job.

Firstly he has his job with Belgium. He is assistant manager to Roberto Martinez. Belgium are amongst the favourites to win the World Cup.

Then he also has his Sky contract. It is easy, sitting in the studio a couple of times a week, picking up a few million quid.

He has no coaching credentials to speak of and would be a big risk, like when Ryan Giggs came in at Manchester United or Alan Shearer at Newcastle. A poor spell could put him out the running for the job when he decides to be a manager full time.

According to Grande Vegas Online Slots, if Arsenal go for the caretaker option, they will probably have to look outside the club.

Carlo Ancelotti is the name which jumps straight out. He has the experience and know-how that he would probably lead us to success. He would possibly see taking the role as an on the job interview for full time Arsenal manager.

Ancelotti seems to have fallen out of favour since his dismissal by Bayern Munich. A strong end of the season as Arsenal caretaker boss and he might become favourite for the role.

Another who might see the caretaker role as a way back into the game is Laurent Blanc.

The Frenchman has been away from football since leaving PSG 18 months ago with 22 million euros in his pocket.

One who can be ruled out is Thomas Tuchel. New Arsenal head of recruitment Sven Mislintat cited a training ground ban under Thomas Tuchel as the main reason he left Borussia Dortmund.

There are 3 men with Premier League experience who would more than happily sign a 4 month contract to manager Arsenal. Marco Silva, Frank de Boer and Slaven Bilic. They would not be long term options for the role (even though the later two were on many peoples short list at some point). But are surely better than Steve Bould?

A final option could be former academy manager Andries Jonker.

The Dutchman left Arsenal to take up the managerial reigns at VfL Wolfsburg. Were he still at the club, you would probably put him ahead of Steve Bould to come in a take the reigns. He did a similar role for Bayern Munich back in 2011.

He is a man who knows the club, knows the players, and would also likely bring Freddie Ljungberg into the fold.

What is for certain is that if Arsenal and Arsene were to part ways today, there are more options out there than just Steve Bould.

5 thoughts on “Possible candidates to take over Arsenal NOW”