Who could Arsenal draw in the EFL Trophy?The Checkatrade John Stones EFL Paint Trophy (or whatever it is called these days) was a terrific little competition for those clubs in League One and League Two.

A cup competition without the big boys that could result with a trip to Wembley.

The 1988 Final saw 80,841 turn up for the m match between Wolverhampton Wanderers and Burnley at Wembley. Just a year ago, 74,434 went to Wembley for the 2017 final between Coventry City and Oxford United.

The year that Coventry lifted the trophy, the English Football League revamped the trophy, inviting 16 under-21 sides from Premier League and EFL Championship clubs to take part.

The hope was that by letting youth team players participate, it would eventually improve the English team. What it resulted in was a big two fingers up to those lower league clubs.

Instead of embracing the opportunity to beat a top side, the decision to introduce academy teams lead to widespread boycotts.

Arsenal opted out of entering the competition for the first two years of the revamp. Deciding instead to have their players concentrate on youth-European games as well as the League Cup. This season, however, we have entered the competition.

I am not a fan of Premier League sides entering the EFL Trophy.

It has wronged the lower league clubs, with the potential of robbing them of a trip to Wembley. The last two season, the academy sides have failed to make the final, but what happens in the future if those sides start to dominate the later stages?

The result will be that the lower league sides give up on the competition. They will start putting out their young players, and the competition will become no more than another version of the FA Youth Cup.

Under the rules, your academy side could contain over age players. By playing Eduardo, Chelsea destroyed the integrity of the competition.

Scoring in that game was Michy Batshuayi, the Belgium international. Chelsea had used the game to help Batshuayi maintain his fitness whilst not in the first team.

A €40 million international striker playing in an academy team in a competition that was revamped to give young English a chance of senior football.

Belgium Charly Musonda and Brazilian full-back Kenedy also played in that game for Chelsea. In fact, their side contained just 5 English players.

So what benefit to English football was there for Chelsea to be in the competition?

And it is not just Chelsea. Rules are that sides

Leicester City fielded an Under-21 side with six senior players, three internationals and transfer fees worth around £45m in their 2-1 Checkatrade Trophy second-round win at Scunthorpe.

The rules of the competition dictate that teams may play four overage players, although I have seen some reports claim that you can have up to 5. Leicester’s 6 included Kelechi Iheanacho who was under 21 at the time.

I am not happy Arsenal entering the competition. If the club wants to see how young players get on against senior professionals, send them out on loan. In the mean time, Premier League Clubs have already have busy youth team calendars, with the Premier League 2, FA Youth Cup and various different European competitions.

Taking into account players currently injured (Laurent Koscielny) and those senior players who might be in need of first team football come the 3rd round in early January, Arsenal could put out the following XI:

Just the two English lads who are under the age of 21. One of which (Ainsley Maitland-Niles) would quite possibly have played over 50 senior games by then.

Today is the day that Arsenal will find out which group they will be in. 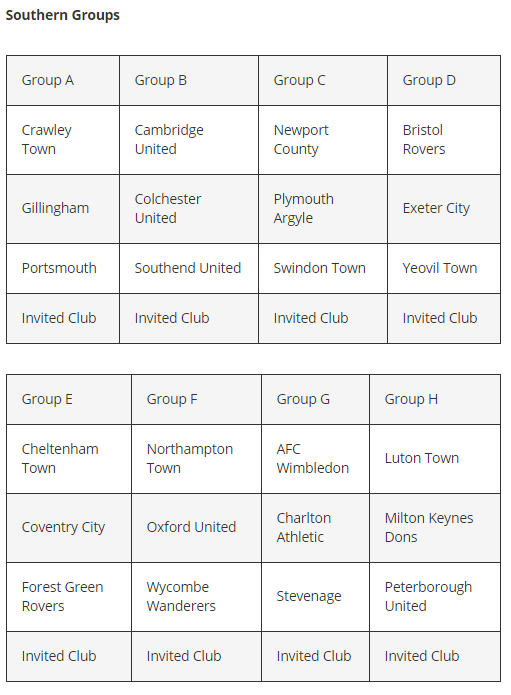 So everyone up for a trip to Wembley in April then?

NEW – Everyone loves a bit of Charlie…

2 thoughts on “Who could Arsenal draw in the EFL Trophy?”

Leave a Reply to website to chat Cancel reply