If I asked the question: “Who has the better squad – Arsenal or Liverpool?” unanimously the response would be “Liverpool.”

If I then asked a follow up question “Why?” unanimously the response would be “they have invested more.”

But that is actually untrue. Liverpool have not invested more, they have simply invested better.

If we look at the net figures since 2011 (the first summer after which the Fenway Group took over), Liverpool have only spent £10m more than Arsenal. 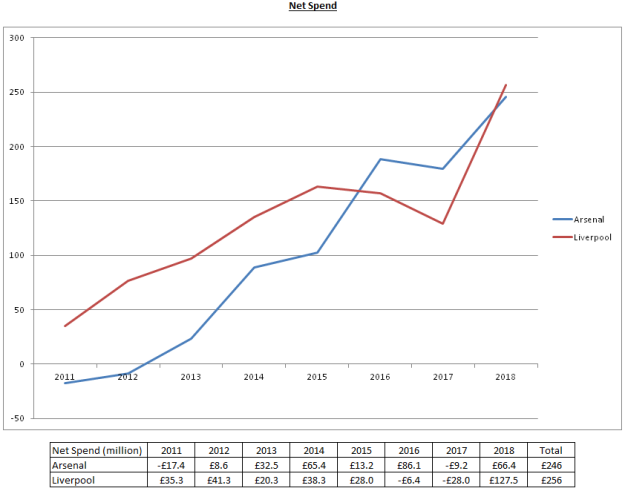 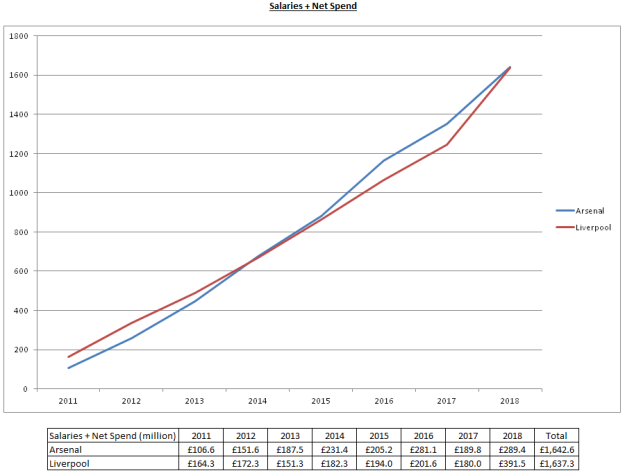 So since the Fenway Group took over in 2010, Liverpool and Arsenal have generated similar income and spent similar on players + salaries.

Of course, in that time Arsenal have won 3 FA Cups whilst Liverpool have won the Champions League and League Cup. Both teams have finished above the other 4 times. So you could argue that the similar outlay have resulted in a similar level of success.

As it stands, Liverpool have a much superior squad than Arsenal and you feel it will take Arsenal some time to catch back up.

In summary, Arsenal need to spend what they generate better. They need to buy more players with a better sell on value (think what Liverpool got for Coutinho and Luis Saurez), whilst maintain better control over their wage bill.

I am willing to give those running the club the benefit of the doubt.

The majority of the above was with Ivan Gazidis and Arsene Wenger at the wheel. Up until 2015, we were out performing Liverpool on and off the pitch. In the 3 years from 2016 to now, we have fallen off the pace.

With the new commercial deals coming in and Raul Sanlehhi as the new captain of the ship, we need to be established and then move forward again.

It might take a couple of years for Arsenal to catch Liverpool back up, but with both clubs having similar spending power, it is certainly not mission impossible. We just need to spend what we have better.