The primary reason why Arsenal fans do not want Belgium midfielder Yannick Carrasco is because he currently plays in China.

Carrasco begun his senior career at Monaco before joining Atletico Madrid  for a reported fee of €20 million in 2015.

He became the first Belgium to score in a European Cup when scored Atlético’s 79th-minute equaliser against Real Madrid in the 2016 UEFA Champions League Final.

Capped 31 times by Belgium, he was part of the golden generation which finished 3rd at the 2018 World Cup, starting 3 games.

So how did this talented 25-year-old end up in the retirement home of Chinese football where careers go to die? I felt it was a little more complicated than him being ambitionless and money orientated. 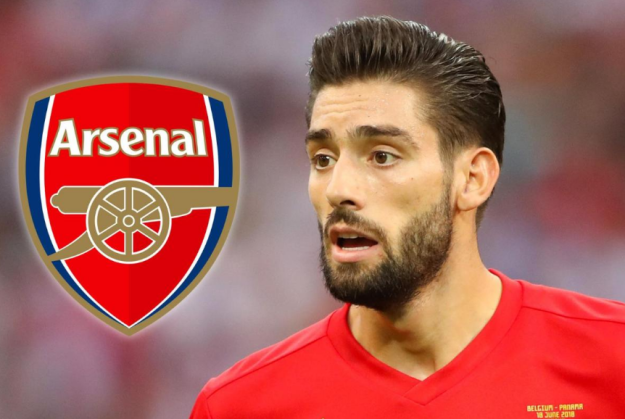 Carrasco joined Chinese side Dalian Yifang in a fee worth around £27m in February 2018.

Dalian Yifang were newly promoted to the Chinese Super League and 6 days before the signing of Carrasco and Gaitan went through were bought out by the Wanda Group.

The same Wanda Group that used to own a stake in Atletico Madrid before selling up a week prior to their takeover of Dalian Yifang for just over €50m.

Despite selling their stake in Atletico Madrid, the Chinese group retained naming rights over Atlético’s stadium, the Wanda Metropolitano.

In simple terms, the Wanda Group used the money taken from the Atlético Madrid sale and bought in Gaitan and Carrasco.

It all seems a little strange that they sell their stake in the club and then immediately buy 2 players from the same club for almost the same as what they sold for.

It all feels a little fishy. Were Carrasco and Gaitan used as pawns to pay off debt between Wanda Group and Atletico Madrid? Both perhaps offered a huge incentive (IE money) to be involved in the deal?

Gaitan left Dalian Yifang on a free transfer after just one season, joining MLS side Chicago Fire in March 2018. With Yannick Carrasco set to also leave after a year (he would have left earlier had a deal to join Arsenal not fallen through in January), you have to wonder if the agreement between Wanda Group and the pair was that they could both leave after a year.

If Arsenal sign Carrasco, we would be getting an winger with pace and tricks. He will be exciting but also sometimes infuriating, but he will light up the Emirates. It is unfair to hold the move to china against him.