Mikel Arteta is 5 Premier League matches into his managerial career.

It is too early to judge how he will get on, however there are green shoots of recovery.

Arteta’s Arsenal are harder to break down. Players are more determined to win the ball back and we are giving our opponents less chances to score.

However it has not been a perfect start for the Spaniard. Everything has not gone swimmingly. And there are a couple of causes for concern.

The biggest of which is lost leads.

Under Arteta, Arsenal have lead all but one game – his first against Bournemouth.

Arsenal were ahead against Chelsea with 7 minutes to go, losing 2-1.

Ahead against both Manchester United and Leeds, holding on for the win in both games.

In the last two games at Crystal Palace and Sheffield United, Arsenal went 1-0 up, only to let that lead slip and draw 1-1.

7 points dropped from winning positions. Had Arsenal held on for victory in those games, we would be level on points with Chelsea in 4th. Instead we sit 10 points behind them. Top 4 a long way off.

So why are Arsenal unable to hold on to a win? 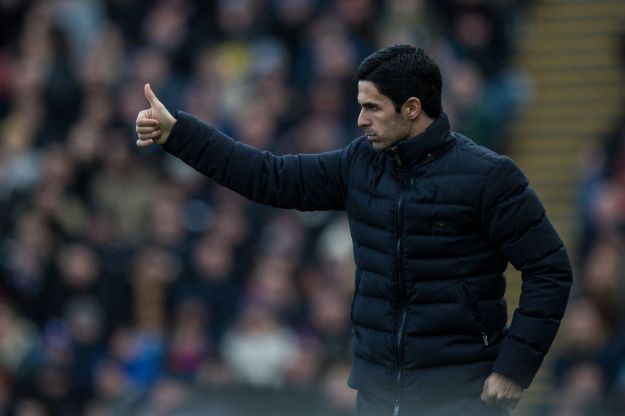 Arteta is clearly demanding more from his players than Unai Emery was, and we are suffering for it in the last 20 minutes of games as players fitness levels are not up to the level being demanded of them.

This does not mean the players are unfit. Just that they are not fit enough to do what Arteta wants.

Against Chelsea we were leading until the 83rd minute. Sheffield United equalised in the exact same minute.

Arsenal had ran out of steam in both games.

Following on from player fitness, questions have to be asked over Arteta’s substitutions.

Against Chelsea and Sheffield United our midfield looked leggy.

In the Chelsea game Arteta substituted Mesut Ozil for Joe Willock in the 76th minute. But this did not resolve Lucas Torreira and Matteo Guendouzi looking shattered.

In the Sheffield United draw, Arteta made just one change. Alexandre Lacazette going off for Eddie Nketiah.

Before Sheffield United scored, it was clear and obvious to everyone in the ground that Arsenal’s midfield was off the pace. Ozil was anonymous and Grant Xhaka and Torreira had run themselves into the ground.

Guendouzi and Willock had spent a lot of the game warming up. Just before the equaliser both were set to come on. Could they have been used earlier replacing the ineffectual Ozil and tiring Xhaka? Giving us a boost of energy in midfield?

When the equaliser went in, Arteta stuck with the team that was struggling to create anything. Why did he not twist? Bring om Dani Cebellos for Ozil?

Substitutions are easy in hindsight. But Arteta needs to sharpen up in this area. He needs to make that change if someone is not performing. He needs to recognise when we are starting to defend deeper as we are running out of legs. He needs to react quicker.

Arsenal have struggled to create all season.

The biggest changes to the team since Arteta started have been in defence. We look stronger. Look more solid. Are more of a unit.

Going forward is another story.

We are still struggling to create enough clear cut chances.

Against Chelsea we had 2 shots on target. Crystal Palace is was 3. Sheffield United 4. Bar Nicolas Pepe hitting the post and Lacazette missing the following against Palace, I can not remember a single clear cut chance in any of those 3 games beyond the goal.

Liverpool are the only team in the league conceding less than 1 goal a game on average. Using this very simple statistic, you need to score 2 goals in the Premier League to win a game. Arsenal have scored twice in the league in just 6 games this season.

If we want to convert these draws in recent weeks, we have to get that second goal.

We can point to Pepe’s penalty being turned down and Pierre-Emerick Aubameyang being sent off against Palace as extenuating circumstances. But these are just excuses. In neither game did we create enough to win.

If Arsenal want to start winning games again, we have to score more than 1 goal. It is that simple.

Arteta will get things right at Arsenal, but it will not happen overnight.

Players fitness will naturally improve as they get used to the demands put on them. Arteta’s in-game decision making will improve as he gets more experience. And hopefully once we are more solid as a team defensively, Arteta will begin working on our attacking tactics. Players will grow in confidence and we will start scoring more goals again.

My Tweets
Join 97,312 other followers