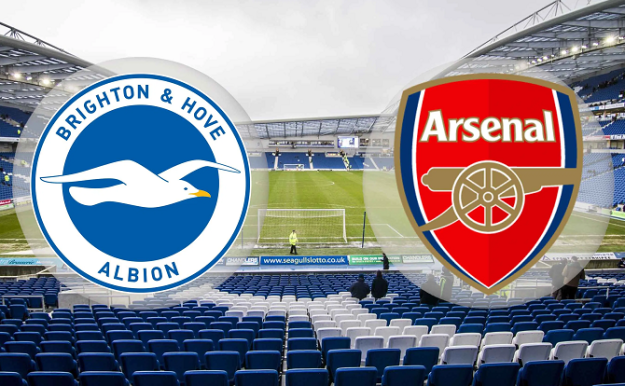 With all the Coronavirus hysteria, things are changing almost hourly.

We could wake up tomorrow to find a decision has bene made to play the game behind closed doors, or that it has been postponed.

Arsenal’s mid-week game against Manchester City was postponed following the Olympiakos owner being tested positive for coronavirus earlier in the week.

This resulted in the self-isolation of anyone that had come into close contact with him within 14 days of the positive test. Numerous Arsenal players and staff members who told to self-isolate, which came to an end yesterday.

According to the BBC, just 5 players went into self-isolation, having been in contact with Evangelos Marinkis in the tunnel after the match. No player was tested.

We are in a fluid situation and things are changing quickly.

Whilst the UK has not followed France and Italy’s lead by banning mass gatherings, it will not be too long until this happens as cases continue to rise.

My advice is do not book trains for away games.

In 9 days time, we play Sheffield United away in the FA Cup. Anyone booking trains now must be prepared to lose the cost of their ticket if the game is postponed, or played behind closed doors.

It might be frustrating, but the train companies have no right to refund people for cancelled events, and clubs also have not liability towards fans who have paid out for trains or hotels.

For the foreseeable, plan to take private transport rather than public.

Get together with your mates and drive to games, or hire a mini bus if there are more than you. Alternatively contact The Mini Bus Crew, they always have seats available.

Staying away from public transport at least means if a game is cancelled, you do not lose the cost of a train ticket. Even f it means driving to a game and not being able to drink.

If you do decide to book trains, flights or hotels, that is your choice. You have accepted the risk. And you can not really moan if you end up losing your money.

Hopefully tomorrow I will be getting on a train to Brighton (will buy train tickets on the day) and the disruption this week does not affect the players too much.

Victory would see us go just 2 points behind Manchester United in 5th.

(Note: This blog was written prior to the Mikel Arteta news)

Boxing Day at Brighton, shivering on the South Coast! We were defeated here back in March by the odd goal in three with Pierre-Emerick Aubameyang grabbing our only goal on the day. Nine months ago, we were floundering with our points tally of 45 in 29 matches which happened to ber our worst record since 1995. Still, it’s a new season with a new manager, so we’ll wait to see what good things that St. Stephen’s Day may hold for us down in Sussex!

Sure enough, seven minutes from the start, our questions were answered with a superb strike from Pierre-Emerick Aubameyang that put us ahead in the match; some sterling work by Alexandre Lacazette ensured our top-scoring striker made no mistake with an excellent finish that was destined for the back of the Brighton net the very second that the ball left PEA’s boot. For the next half hour we were in the ascendancy with two very good chances from Pierre-Emerick Aubameyang that brought out the best in the Brighton goalkeeper, Mat Ryan, who to be fair, kept them in the match more than once at this point in time. Then, as in a few matches in the Premiership this season, we somehow pushed the self-destruct button. A ball that was seemingly going nowhere, was headed into the direction of Brighton’s centre-forward Jurgen Locadia, who simply went around Bernd Leno to equalise the scores. For the remaining ten mintues of the first half, we appeared to lose the control we once had earlier, and it has to be said that the half-time whistle was a blessing in disguise.

After the break, Mesut Ozil was substituted for young Alex Iwobi, but unfortunately the second half appeared to continue in the same vein as the end of the first for us. Our creativity and ingenuity went awry, whilst The Seagulls sensed that a chance for them to take all three points was now a real possible outcome of the match, with them capitalising on every missed tackle and stray pass that we had the misfortune to do. Bearing in mind that the home side had already had a goal against us ruled out for a foul in the previous half, it seemed to be that they now had the key to the door of our defence. When we did move forward, it was thanks to the creative vision of Mattéo Guendouzi, who tirelessly tried to find ways through the Brighton defence, and in doing so became the recipient of some very strong and physical tackling, most of which were unnecessary assaults on the young midfielder. Mr. Emery replaced Alexandre Lacazette with Aaron Ramsey after the hour, and ten mintues later, the still not-quite-match-fit Laurent Koscielny headed for the bench with Ainsley Maitland-Niles taking the field in his place. It didn’t matter either way as the home side found renewed confidence and endlessly put together chances to try and sneak in the winner during the latter stages of the match. Thankfully, despite one or two close shaves, we got away with a point from a match that in essence was in places quite a dull affair with sparks of action.

In less than a week’s time, the January transfer window opens, and with it arrives the opportunity for Mr. Emery to flex his financial muscles and purchase new players to add to his squad – and boy, don’t we need it! If we are to progress to cup finals and regular top four places in the Premiership, then we surely need players that will mirror our ambitions, because at the moment, we are there for the taking, and it has been some kind of miracle that we have not been punished badly for our weaknesses in defence. Our next match is the rampant Liverpool at Anfield on early Saturday evening, and it has to be said that despite our injuries, we need to get a result from that game, but after viewing the events of today’s match at Brighton, it could be a very difficult game for us. Remember everyone, keep the faith, get behind the team and the manager, as these early days are going to be crucial for our future success in all competitions. Stick with the winners. Victoria Concordia Crescit.

There is Clock watches left…

Yesterday we had some ticket news released by the club with regards to the away game against Brighton & Hove Albion on Boxing Day.

Tickets for the game go on sale to anyone with 35+ Away points on Wednesday 28th November at 10am until 2.30pm the same day.

This then drops to 30 credits, 25 and then 20+ over stair cased down over the next 24 hours. This is the usual club policy ensuring that those who go to the most away games, arguably the clubs most loyal supporters, get priority.

The problem is that on November 29th, Arsenal play FC Vorskla in Ukraine, and that on the Wednesday, when tickets are on sale to 35+ credits, most of these fans will be in the air on their way to the game.

Anyone doing the journey to Ukraine should be applauded.

The trip include planes, trains and automobiles. It is not an easy trip to do logistically. By releasing the Brighton tickets when fans are both travelling, and in Ukraine, the club are punishing some of the clubs most loyal fans.

Not every fan out there will be able to obtain internet access, or have someone back in the UK that can buy on their behalf.

It could lead to a situation where fans who have not missed a game for decades, who are out in Ukraine, are unable to buy tickets for Brighton and miss out on Boxing Day football.

We at She Wore are pleading to the club that they change this date of sale, so that those who are out in Ukraine can purchase their tickets whilst still in the UK.

If they do not change the sale, ensure you follow the advice below and apply the old school way by sending an application to Arsenal box office securing yourself tickets.

I’ve just had a telephone conversation with the Box Office Manager; fans travelling to Poltava can write to the box office for Brighton, ensuring that the application gets there by Wednesday. https://t.co/FZQjrR8Vo3