OK, here we go: that passage of play embedded in Arsenal folklore. The most famous moment in English club football history? Well, I think so. Tell me of another that tops this goal for spine-tingling drama. People talk about Sergio Agüero’s last-gasp effort for Manchester City, the goal that won the title in 2012. Of course, it was sensational, the Premier League’s standout moment, but that came against QPR, fighting relegation, not the champions of England in a straight shoot-out when everyone else had packed up and gone home. Because of those unique circumstances, there really is no contest. Agüero’s winner doesn’t even come close.

Lukey says he was shattered, lacking the strength to punt the ball upfield, so threw it out to Dicko, who didn’t want it either. But with the ball at his feet, Lee couldn’t understand why I showed for his pass, rather than spinning for a big hoof. But show I did, out of habit more than anything, knowing Lee would try and hit me, as he always did. And what a pass it was, fizzed in at pace. As it flew my way, I knew I simply had to take a chance by trying to turn first-time, otherwise run the risk of getting crowded out in a congested midfield. Luckily, this was one of those nights when everything came off, my ball control as good as it had ever been. As one Liverpool player flatteringly put it later, ‘If they’d have fired a cannonball at Smith that night he would have brought it down first time.’ Well, this wasn’t a cannonball but it was a tricky pass all right. Thankfully, my first touch worked out perfectly, allowing me to swivel in one movement thirty-five yards out. A flash of yellow reared up in my peripheral vision. All I could do was try and find this shirt that, as it turned out, belonged to Mickey, making a run, going for broke. An instinctive poke fell into his path as Steve Nicol rushed across to cut it out. But a fortunate break of the ball saw it rebound right where he wanted.

‘It was actually a crap touch by me,’ Mickey told me years later. ‘I knew Steve Nicol was the last man so I tried to dink it over his head and run round the other side. But I didn’t get it right and the ball hit him.’

I know it sounds corny but everything, at this point, seemed to go into slow motion. I jogged helplessly behind, praying for Mickey to shoot, as Ray Houghton sprinted up from behind, unbearably close to making a tackle. I could see the whole picture and it didn’t look pretty. Our last chance of glory was about to be smothered. We all knew what Mickey was like. As stubborn as they came. Never did anything in a hurry if it didn’t suit and that trait to his character looked like costing us dearly.

Alan Smith is the unsung hero from that night at Anfield.

Whilst everyone remembers the winning goal, Thomas charging through the midfield leading to one of the most famous goals, commentaries and moments in sporting history, none of it would have been possible without Alan Smith heading in a 52nd minute goal to take Arsenal 1-0 up.

Legend is thrown around too quickly in the modern era.

Anfield ’89. Copenhagen ’94. Two of Arsenal’s greatest triumphs in the modern era. Both matches defined by the goal-scoring prowess of one man – Alan ‘Smudger’ Smith.

He is an Arsenal legend.

The memoir of former Leicester, Arsenal and England footballer, Alan Smith is available to buy now.

Heads Up: My Life’s Story bey Alan Smith from Amazon.

Will also give a set away to someone who RTs this. pic.twitter.com/EiKQSqFjhr

England might not have won the World Cup, but I awake this morning thinking that football has come home.

The tongue-in-cheek song by Baddiel and Skinner with the Lightning Seeds from 1996 has galvanised football in the country.

Most fans sung it with a hint of irony from the first game of the tournament. We did not think we would win the World Cup; it was one of the worst England sides in decades with a manger out of his depth.

No one could have predicted that this rag-tag bunch of lower league players and their waistcoat wearing manager would end up in the semi-final of the World Cup.

A lot of people owe Gareth Southgate an apology. 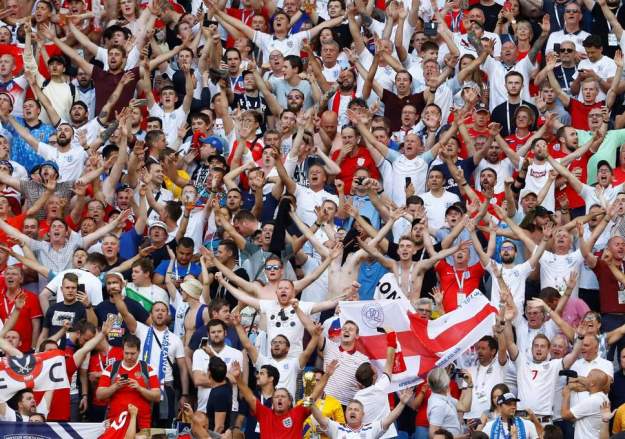 He might not be the best manager in the world, the most charismatic appointment, a tactical genius, but what he did was bring together the egos of millionaire players and made the whole greater than the individual.

The English national team has had a huge disconnect with the fans for some time.

The Golden Generation of Wayne Rooney, Steven Gerrard, Rio Ferdinand, John Terry, Frank Lampard and Ashley Cole were arrogant and hard to like if you supported a rival club.

They thought they were superior to the normal Englishman, that the rules that govern us all did not apply to them.

Whether it was sleeping with brasses, fighting in night clubs, missing drugs test, parking in disabled bays or abusing Americans a few hours after 9/11, they were a bunch of players that were continually on the front pages rather than the back.

They used and abused women, each one as unfaithful as the next. And they underperformed massively.

Playing at Wembley also did not help.

A stadium built for cooperate hospitality has often been 30% empty, filled with people with little interest in football. The atmosphere of a funeral. England were boring.

It perhaps started at the game in Leeds prior to the World Cup.

Elland Road was buzzing. It was a proper atmosphere, taking us back to the days when Wembley was being built and the England team were on tour. It is something post World Cup that the FA should consider again.

Londoners just do not really care as much about the English national team. 50% of the city is not English, and trekking to Wembley on a Tuesday night is a nightmare. A trip that most football fans in the capital end up shunning.

That enthusiasm in Leeds carried through to the World Cup as fans up and down the country decided they wanted their game back.

They wanted their game back from the suits, from the FA, from the corporate’s, from the England band and the happy clappy fans that turn out at Wembley.

The disconnect from the Golden Generation with the fans was bridged. Normality was the key.

Here we had a normal manager in Gareth Southgate. A man we had cried with in 1996. Someone who said it how it was. And he had a likeable bunch of players. Normal players. Players who had fought their way through the lower leagues.

Where as that dislikeable Golden Generation had all come through Premier League academies, been told they were going to be the best in the world from a young age and pampered, this side was completely different.

We all know the Jamie Vardy story. From non-league to Premier League champion in 5 years. And he is not the only one.

Kyle Walker was at Sheffield United, Northampton Town, QPR and Aston Villa, whilst centre back partner and Manchester City started his career at Barnsley.

Dele Alli started his career at Milton Keynes, Harry Kane had loan spells at Leyton Orient, Millwall and Norwich. In total 51 clubs were represented in the England squad.

This morning fans in Wales and Scotland are mocking England over football coming home. We have even had EU bureaucrats celebrating Croatia’s win like it was their own country that has just made a final.

Football came home. Don’t care about the result. We give a shit about these lads again. That is football and it is home.

What they are missing is that “It’s coming home” was not just about winning the World Cup. It was about a return to being proud to be English, a return to the English football team being a joy to watch. A return to the country being united once more.

Football belongs to the fans up and down the country, but the England national team had not felt like ours for a long time. During the World Cup, it returned to the fans. Football came home.

Kits from 28 countries now on https://t.co/KbJegZkViW

Asia, West Indies, Australia to go on next…. pic.twitter.com/nO5frgCXtY

EIGHT  Arsenal players were selected to go to the 2018 World Cup in Russia. This increased to 9 once Arsenal announced a pre-contract agreement with Stephan Lichtsteiner. Of the 9, just one remains.

First to be knocked out was Mohamed Elneny’s Egypt.

With Mohamed Salah still crying over hurting his shoulder, Egypt finished bottom of their group as one of only 2 sides to fail to get a point – the other being Panama.

Alex Iwobi’s Nigeria still the hearts of millions with their popular kit, and would probably consider themselves unlucky to have been knocked out in the group stages.

In one of the toughest groups alongside Argentina, Croatia and Iceland, they were looking like going through at Argentina’s expense until an 86th minute goal by Marcus Rojo destroyed the hopes of a nation; and at the same time the behaviour of Diego Maradona shaming a nation.

The coked up drug treat showing that he was not becoming classy with age by making offensive hand gestures towards Nigeria fans at the final whistle. And getting paid by FIFA to do so.

Mesut Ozil took the brunt of the blame for Germany’s group stage exit. The strong criticsm feels like it has a nasty undertone as Ozil was certainly not amongst the worst players for his national side.

Ozil is a little bit different. A Muslim of Turkish heritage. Whilst the likes of Manuel Neuer, Thomas Muller and Joshua Kimmich escaped criticism, Ozil became a figure of hate within Germany. However Germany’s early exit could benefit Arsenal as there is talk that he could now retire from playing for his country.

Joel Campbell’s Costa Rica finished bottom of a tough group that contained Brazil, Switzerland and Serbia. He set up a goal and one a penalty in their final game, but he and his country failed to hit the high notes that they did 4 years ago.

Spain would have been delighted with their last 16 knock out game tie against lowest ranked (and hosts) Russia. They lost on penalties, sending Nacho Monreal home. The Spaniard has basically had a 2 weeks holiday in Russia as he failed to play a game.

Another surprising result, although not as severe, was Switzerland losing 1-0 to Sweden sending home Granit Xhaka and Stephan Lichtsteiner.

In the final game of the last 16, England knocked out Colombia on penalties.

Keeper David Ospina could have been the hero, saving from Jordan Henderson. But two missed penalties from Colombia and then Ospina’s weak wrists saw the South American side get knocked out, upsetting that coke head Maradona.

England and Welbeck were through, Colombia out.

With pre-season training already beginning, Arsenal have a strong 16 players already back at London Colney preparing for the new season.

The early exits by some  means that the likes of Mesut Ozil could well return for the first game of the season against Manchester City.