“In the future, you will see that more and more, players going to the end of a contract”

That was Arsene Wenger’s prediction about the future of the transfer market when asked about Mesut Ozil and Alexis Sanchez’s contract situation over the summer.

At the time, a lot of people, mainly Arsenal fans, laughed at the comment, seeing it as an excuse from a deluded old man who was trying to justify his two best players running their contracts down.

“Transfer [fees] become so high, even for normal players, no one will want to pay the amount of money that is demanded. I’m convinced that in the next 10 years it will become usual.”

Just 5 months on from this comment and Sanchez and Ozil are looking more and more likely to be moving on a free transfer. And as predicted by Wenger, they are not the only ones: 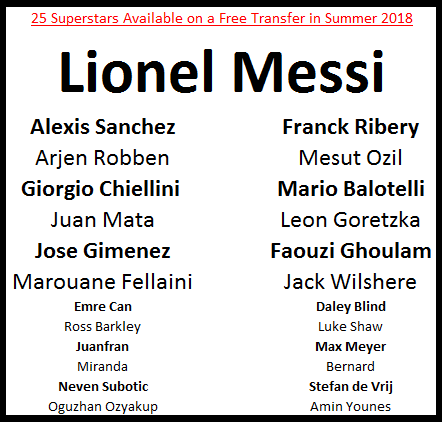 For those asked there is now a few more coasters on the shop.https://t.co/UU8goaMVBO pic.twitter.com/SGEa6DlZR7