On the 26th May 1989 The Arsenal had to travel to current champions Liverpool and win by two clear goals to bring the title back to North London for the first time in 17 years. The events of that evening  now goes down in folk-law. Without question the greatest ending to any game and any season.

So what could be more fitting but to spend the 30th Anniversary of our clubs greatest ever night than to watch the game again with two of the players in that great side.

Islington Sports Bar and Grill are hosting this event  with Perry Groves and Martin Hayes and it promises to be a great night. 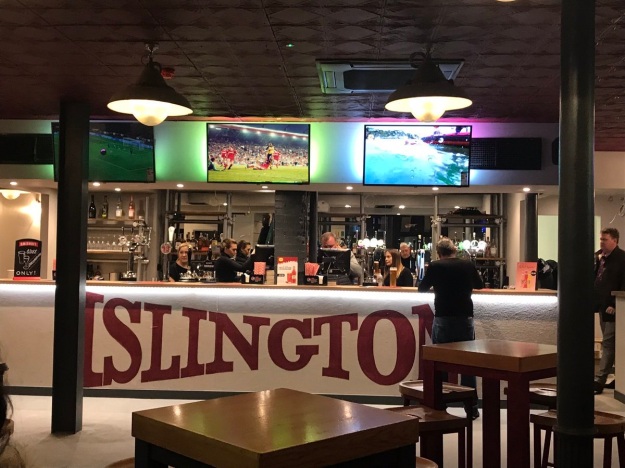 Perry and Martin will be doing a Question and Answer session as well as signing autographs and posing for photos.

There will also be a full screening of the game on the large screens with the pair doing a running commentary. Both players started the game on the bench so will have a very good insight of George Graham’s tactical plans and mood.

As the game came to its climax, both Perry and Martin had been bought on, enabling them to give a 1st hand account of what George said as he sent them on to the pitch. They will alsop give an insight into what they felt during those final few minutes leading up to THAT goal.

Islington Bar and Grill will be putting on a buffet for everyone attending as well as showing the recent Anfiield 89 documentary film in what promises to be a special evening for us fans.

Tickets are £30 each via Eventbrit or available to buy at Islington Sports Bar & Grill prior to the event. The Anfield 89 event is ticket only and include entry and full buffet.

What a way to spend the Sunday of  a Bank Holiday weekend!

Tickets now available online as well as from the bar & @mickpatdoc RT https://t.co/X1uTm6Mzfz