1)  Even tho we were toilet in Europe this week for large spells of the game the players didn’t give up.

2) Sunderland got spanked by Southampton last week, an early goal and they fall apart again.

3) We have a great record both against Sunderland and up at The Stadium of Light, only losing once to them in the last 21 games in the League.

4) Diaby is injured, Jack is suspended but Theo is back and likely to start on the bench,

5) If we don’t win it will the worst opening 9 games to a league season under Wenger, or since football began according to some idiots.

6) Sanchez is our one major bright spark, he looks settled now and could again be the inspiration.

7) With Jack suspended Wenger can’t try playing him and Ramsey in the middle together, a partnership which still looks doomed to fail.

OK I give up, I can’t think of anymore, it’s going to be another tricky game and confidence in the team is almost at an all-time low under Mr Wenger. Fingers crossed the players confidence is higher and they start putting in the performances the wages they get paid deserve.

COME ON THE ARSENAL !! 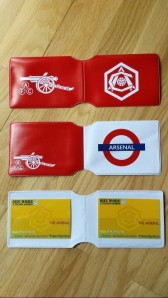 There are times when scoring a late goal to draw a game feels like a point won, as with our game at Everton, and there are times when it feels like two points lost, as on Saturday against Hull. Watching the game up to the point when Hull equalised we looked in complete control and I have to say I thought if we scored once we’d score more. Hull didn’t look in the game at all but in hindsight that was by design rather than necessity. They are one of the many clubs in the league who have figured out that it doesn’t matter if we score against them because we will continue to play possession football, high up the pitch, with high numbers in the hope of overloading opposition defences. The way sides counter this is to bide their time, defend in numbers, stay compact and wait for the inevitable moment when we make a mistake with too many players ahead of the ball. Like most modern Premier League clubs, Hull have a few players with breakneck speed who when we give the ball away find themselves running into the vast space in front of our defence with Flamini scuttling across to try and protect. These are the rare occasions when the opposition attack in numbers. Meanwhile the rest of our midfield are scrambling back to try and break the counter up without any obvious shape. It seems like a case of first player who gets back to the man with the ball is responsible but even if the man with the ball has his run stopped there are usually other free players. I’m not advocating ten men behind the ball but tempering our approach on a day when we had to play our second choice left back at centre half and third choice right back was a must. Wenger has taken a lot of flak for not adapting our game away to the big sides last year. This season however we’re not playing the situations that are put in front of us for sides outside the top four. We played exactly the same way regardless on Saturday despite having Monreal at centre half and the inexperienced Bellerin at full back – although the latter did acquit himself well. Our problem is that we give the ball away in high risk situations and it’s costing us. The stats bear this out as well. In games against sides outside last year’s top four we’ve played; Crystal Palace (two shots on target, one goal), Everton (three shots on target, two goals), Leicester City (three shots on target, one goal), Aston Villa (two shots, no goals), Tottenham (four shots on target, one goal), Hull City (four shots on target, two goals). Hull could have had a third to kill the game as well had Ramirez – I think – not gone for goal late on when he had teammates in better positions. The goals against us represent a high return for relatively few chances but it’s not the quantity, it’s the quality of the chances. If most opposition sides have the ball but see that we’ve got numbers back they tend not to attack with numbers themselves because they know if they’re patient, they’ll get a situation where the numbers are in their favour, then they commit players and punish us if they’re ruthless like Hull were for their second goal on Saturday. The sides who didn’t reap the rewards of our set up this season were managerless Crystal Palace and an Aston Villa side suffering from vomiting bug and even they would have taken the lead were it not for a good save by Szczesny from Ciaran Clark at 0-0.

One of the bright points and cause for optimism this season has been the performances of our new signings especially the attacking ones. Not only did both of our goals on Saturday come from new signings but they came in ways that we haven’t been used to for a while. Alexis’s goal came about through direct running and striking early rather than looking for “the perfect goal”. This also played a part in the second goal as well with Alexis running through the centre of Hull’s midfield, pulling their midfield and defence out of shape which allowed Welbeck to work himself into space and finish well. This is something we’ve been sorely missing since Theo got injured. Of our other signings, Debuchy looked very good until his freak injury and Calum Chambers looks like he’s going to be a top class centre half. Credit where it’s due for the signings we have made but the lamentable side of it is that we stopped two players short and left the signing of a striker far later than we should have.

Supporter groups put aside their differences last week to apply pressure on the club to pay the living wage. In my opinion this is an admirable cause, however surely there are much more pressing issues to pursue from a fan’s perspective? Greater detail on Kroenke Sports Enterprises three million pound fee, continually rising ticket prices and the closure of the Fanshare scheme – the miniscule £75,000 it costs the club per year was laughably cited as the reason. When asked about the payment to Kroenke’s company, Sir Chips Keswick, said “KSE is one of the most respected and successful sports organisations in the United States, operating in the most sophisticated sports business market in the world”. Now this depends very much on what your definition of success is. If it’s monetisation and strengthening of the commercial side of the things then this may be true. If however, like most sports fans, your definition of success revolves largely around results and performances on the field this is a massive stretch. Taking his other marquee sports team, the St. Louis Rams as an example. Kroenke has had a share in the club since the mid-90s, through their halcyon days of the late 90s and early 00s but didn’t take control of the club until 2010. The Rams’ record on the field since has been as pitiful as it was when he took over. In 2010 their record was 7 wins and 9 losses, 2011 2-14, 2012 7-8 with one tie, 2013 7-9 and this season they’re already 2-4. Maybe our chairman meant the commercial side, maybe he meant performance and doesn’t actually know the Rams’ record or maybe he was hoping enough people would be ignorant of it and not concerned with fact checking his statement.

1) In 11 meetings between Wenger and Mourinho the special case has not lost, purely on the probability of likelihood Wenger is due a win.

2) Due to injuries Wenger can’t tinker with the starting lineup and players starting positions too much today.

3) Mid-week in the CL was the best we have played all season in a half, looks like things are finally clicking.

4) Our number 1 keeper knows he’s a mistake away from being dropped, so hopefully he will concentrate all game.

5) Kos will chuck Costa in his pocket.

7) Ozil will prove he’s better than some Spanish kid who so many Arsenal fans still seem desperately in love with.

8) Danny Danny Welbeck, 3 great goals mid-week, a great relationship forming with Ozil and Sanchez, Ox running his socks off, its not Pires, Bergkamp, Henry, Freddie, but its a lot better than we have been served up the last 6 years.

9.1) Chelsea played away in Europe this week, we played at home, English sides have not got a good record in the game after a Euro away this season.

10) Wenger Knows – it’s about time we won a game against one of the top sides.

My Tweets
Join 97,312 other followers