Tomorrow Arsenal play in the League Cup Final at Wembley. The clubs 4 visit to Brent in under 5 years.

But today is also a cause of celebration in North London. Not for Arsenal fans, but for fans of Tottenham.

Today is the 10th anniversary of Tottenham winning their last trophy. The 2008 League Cup.

It is quite ironic really, that whilst Spurs fans talk of a power shift, and boast about their teams success, Arsenal are in the ones in a final.

And the trophy Arsenal are playing for is own considered as “not enough” to make it a successful season. The same trophy (Just with a different sponsor name) as Spurs fans won 10 years ago. 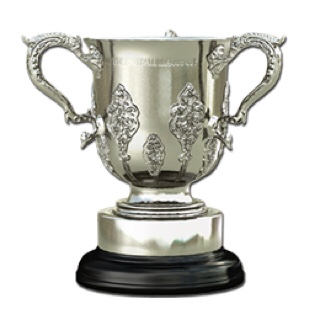 It perhaps shows the size of the gap between the two clubs. That it is 10 years since Tottenham last won a trophy, and Arsenal are playing for it that same trophy tomorrow. Whilst Spurs celebrate having won that trophy as their greatest success in the last 27 years, Arsenal would see winning the trophy as a failure.

So Tottenham, enjoy your 10 year anniversary. Buy your loved one a tin. And remember, it takes a lost more than one season to shift the power.