What exactly does the Arsenal midfield do?

In just 6 days, Phil Foden has scored the same amount of goals as the ENTIRE @Arsenal midfield have this SEASON! In a combined 126 appearances.

One thing they do not do is score goals.

Mesut Ozil (1) and Lucas Torreira (1) are the only midfielders who have contributed a league goal this season.

Dani Ceballos, Granit Xhaka, Matteo Guendouzi and Joe Willock have all yet to score a league this season.

The problem with Arsenal’s midfield is what else are they actually doing?

Liverpool are running away with the league this season and their midfield contribute little in terms of goals.

Georginio Wijnaldum and Jordan Henderson have 3 each, as does Alex Oxlade-Chamberlain, whilst Fabinho has just one league goal. They are certainly not putting in Frank Lampard of Steven Gerrard type figures.

But there job in the team is not to get forward and score goals.

Jurgen Klopp as a hard working midfield that covers a lot of ground, limiting the opponents chances. They have conceded just 21 goals this season.

A big threat for Liverpool is their full backs.

Trent Alexander-Arnold has 12 in the league this season (2nd most), whilst Andrew Roberston has 7 (9th).

Liverpool use their midfielders to cover the full backs as the bomb forward.

Henderson and Fabinho are often found at right or left back during an attack, whilst Alexander-Arnold is putting in a cross which leads to a goal.

But Arsenal’s midfield does not provide much defensive cover.

Too often this season (and previous seasons) it has been too easy to cut through Arsenal’s midfield, to get at the defence. And when was the last time a midfielder covered his full back when bombing forward? It just does not happen.

So at Arsenal, the midfield does not protect the defence, it also does not score goals.

Barcelona’s peak team that had Sergio Busquets, Xavi and Andrés Iniesta in it did not provide much cover for the defence, and did not score too many goals.

Between them they average a goal every 13 games for Barcelona.

But what they did is create a lot.

There role in the time was to pass the ball in tight spaces until a gap appeared, which lead to goals for Lionel Messi, Samuel Eto’o, David Villa or Neymar. It did not matter that they did not score many when they created so much.

In 8217 minutes of football, they have scored 2 goals and assisted 7.

That is a goal or assist every 913 minutes.

With 41 goals conceded in 30 games (8th highest), they are clearly also not providing much defensive cover.

So what exactly does Arsenal’s midfield do?

This international break seems to have gone on forever. They always do. There really has not been much going on, so there has been little to write about.

Some have filled the void by spreading fake news about Arsene Wenger in talks to return to Arsenal. How a 15-year-old from India who runs one of those Twitter accounts that copy and pastes News Now headlines has inside knowledge on Arsenal I will never know.

Fact is the account in question does not have inside knowledge on Arsenal, and is merely making stuff up for RTs during the dull international break.

There has been plenty to fill the time during the break. Mainly cricket and F1. Add in Peaky Blinders and Mindhunter and there has been enough to keep myself occupied. Even used the free time to de weed my driveway.

There has been some Arsenal-related stuff going on over the last week.

We had Eddie Nketiah and Riess Nelson performing well for England U21s. Both are clearly too good for that level. But probably not quite good enough to play regular Premier League football.

Eddie has done well on loan at Leeds and, worst case scenario, Arsenal should be able to get a fee north of £20million next summer if they decide to cash in.

He is a pure finisher and needs to work on his link up play. Around the world, the top strikers are no longer just goal scorers. The likes of Sergio Aguero, Firminho, Lionel Messi and Pierre-Emerick Aubameyang also get involved in the build up play. Eddie needs to add that to his game.

On the worlds best strikers, FIFA announced their “Best” list last week. Auabameyang failed to make the list. It was not a surprise as he failed to win anything. However when you consider only 4 of the players outscored him on the list, you start to fill these things are a waste of time.

The 15-man shortlist for the FIFPro WorldXI Forwards category:

The fact that Mauricio Pochettino was named alongside Jurgen Klopp and Pep Guardiola as one of the best 3 managers last season sums it up. His Spurs side nearly lost as many games as they won.

Other stuff going on includes Grant Xhaka and paternity leave.

It is a story that has been blown out of proportion as people look to fill the international void.

His baby is due mid-October during the international break.

Xhaka’s Swiss team-mate Haris Seferovic has taken the same steps this week, leaving the squad early after becoming a father. 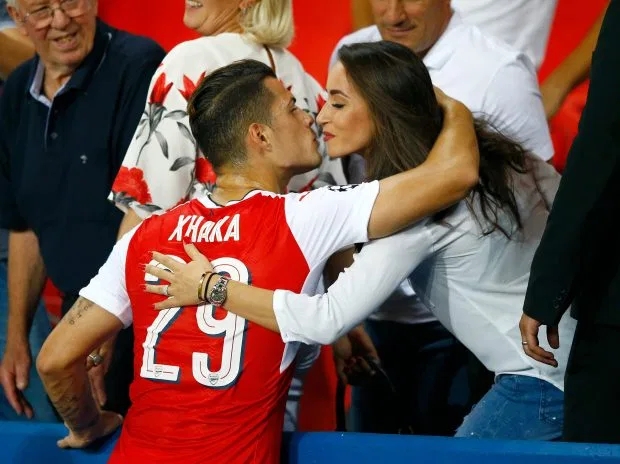 And Xhaka said: “There are more special things in life than football. For example, when you become a father.

“With Haris it was agreed that he gives everything against Ireland and then travels home.

“And with me, it would probably fall on that time when we play.”

Tonight France play Andorra and it should see Matteo Guendouzi make his debut.

Fair play to the lad.

18 months ago he was playing in the French League 2, and now he is an Arsenal 1st team regular and about to play for his country. He has kicked on from last season and as long as he continues to progress, he could make it to the very top.

Real football returns at the weekend but before then we have more cricket!

Arsenal’s best performance this season came against Chelsea. A 2-0 victory in a game that The Gunners dominated.

The formation we played in that match was 4312. It is a formation we have played numerous times since; and one which Unai Emery has come in for some stick for.

Gunners Town recently spoke to a Lorient fan about Arsenal target Alexis Claude Maurice. During the discussion they talked about Guendouzi, who signed from Lorient last summer.

They expressed surprise at Arsenal fans labelling Guendouzi as a defensive or holding midfielder, as he has only ever been box-to-box growing up and was utilised in an attacking free role last season in French Ligue 2.

And that is the truth, Guendouzi does not play as a defensive midfielder. He is more box to box. A proper central midfielder. Like what Patrick Vieira was.

It seems in many fans mind, you are either an attacking midfielder (Mesut Ozil) or a defensive midfielder (Claude Makelele). There is nothing in between. But there is, and that is where Guendouzi sits.

For Borussia Mönchengladbach and Switzerland, he always played with someone behind him doing the bulk of the defensive work.

A hulk of a man, Xhaka did contribute to his sides defensively, but his man job was transitioning the ball from defence to attack with his excellent passing. He is not as box to box as Guendouzi, more a deep lying play maker. He certainly is not a defensive midfielder.

Lucas Torreira is the closest we have to a defensive midfielder, but even he is not a Makelele or Gilberto Silva.

The Uruguayan gets forward a lot more than someone who is simply a shied in front of a defence. And he is a much better passer and creator then people like Makelele, Gilberto or Fernandinho.

Whilst for Arsenal he is the deepest of the midfield 3, he is more than capable playing further forward. He is a talented guy.

The reality is, Emery is building a high energy midfield trio who can provide solid cover for the defence, but also push forward and press high.

Playing all 3 ensures that they can push forward backing up the front 3 when they press, knowing that one will still sit so that they are not all cut out with one ball through the midfield.

They also allow Hector Bellerin and Saed Kolasinac to bomb forward and provide extra cover for them.

Pierre Emerick Aubameyang and Alexandre Lacazette both love dropping out wide. This then creates space in the middle for an attacking midfielder to bomb into. Aaron Ramsey would have been ideal for this role with his goal scoring record.

Back to the midfield, I can see us continuing to play 3 in the middle next season. It is why Emery is looking at the likes of Adrien Rabiot and Christopher Nkunku. If we play 3, we need 6.

If we secure both Frenchmen, it will enable us to cash in on Mohamed Elneny and, alongside Ainsley Maitland-Niles, we will have the midfielders we need to play the way Emery wants. 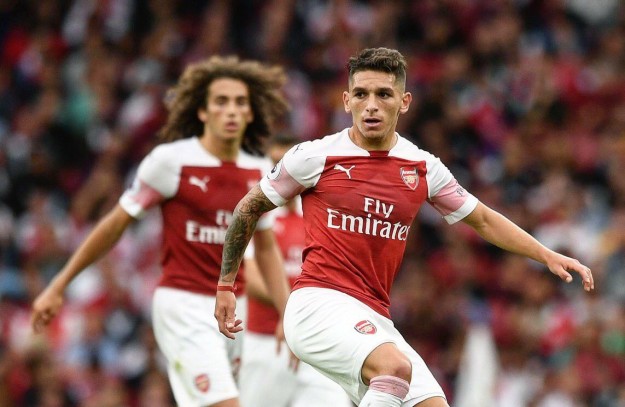 As for those who are still moaning about it being too defensive, let me ask you a question:

Is Liverpool’s midfield too defensive?

Let’s compare their Premier League statistics to the lads at Arsenal:

Yet no one is saying Liverpool’s midfield is “too defensive.”

The truth is, playing Xhaka, Torreira and Guendouzi is not too defensive. It is probably the only part of the Arsenal side that is solid and actually working at the moment.

Our partners @FansBet have a great special for us for our game against Huddersfield:

Aubameyang to score first and Arsenal to win, now boosted to 7/2! #ad