As each day goes past, another story hits social media about the major issues at the new Tottenham Stadium.

We blogged at the back end of July that the stadium would not be ready until October at the earliest. The blog got a lot of abuse from Tottenham fans who claimed that we were jealous, bitter, and asked how did we, as Arsenal fans, now more then them about the state of the stadium?

The truth is that it does not matter what club you support to know the state of play of a construction site if you are within the industry.

A Spurs fans at University in Reading, for example, would know less than an Arsenal fan who recruits construction workers to the Tottenham Stadium project, or a Sunderland fan who has been operating a tower crane on site for the last 2 years.

We blogged in July that the stadium would not be ready until October, but it took the club until August to release the information to the fans. Up until that point the company line was “only Fulham will be at Wembley”.

In fact, there were rumours circulating in March that the stadium would not be ready until after the second international break (October) at the earliest.

It is here where Daniel Levy needs to hang his head in shame for the way he has treated Spurs fans – which all club rivalry aside has been a disgrace.

And yet he oversaw the club telling the fans a story, a fallacy, and selling the countries most expensive season tickets based on this. He took money off hard working football fans knowing what he was selling did not exist.

There have been reports that those who bought cooperate boxes are set to be refunded 50% for the 2018/19 season. Normal fans are getting a game by game refund and then having to buy tickets at Wembley. The excitement of returning to the Lane has been diminished.

Fans have been lied to, and Levy is now hiding behind “health and safety” as a justification for the stadium not being completed. To try and avoid points deductions. To prepare his defence against angry fans miss-sold season tickets. 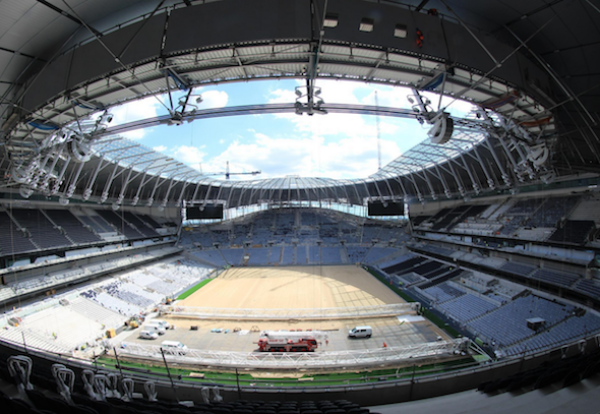 Part of the reason is Health and Safety, but this is not the only issues. The reality is, the stadium is no where near finished.

As every day goes on, you hear more stories from more people involved in the project about problems on the stadium:

There have been plenty of reports across social media of electrical companies having their contracts extended to Christmas. Of Northern based tradesman who have been put up in digs being told to expect to still be here in 2019.

Tottenham are reportedly trying to put all the blame on Mace, hiding behind Health and Safety in order to justify playing at two home stadiums this season. But they installed themselves as Project Managers so knew every step of the way of the problems the project faced.

The truth is the stadium was never going to be ready.

When construction began, everyone in the industry knew that they were trying to complete a 30 month job in 18 months. It was always an overly ambitious deadline driven by greed.

Something like the weather early this year is not their fault, but when you are working to such a tight schedule you can not afford a 2 weeks delay.

Spurs should have been honest and realistic 12 months ago. Hired Wembley for 2 years and ensured the new ground was completed on time. Sold season tickets at Wembley and ensure the project was completed, with safety certificates, for 2019.

Instead Levy was driven by the greed – or need – for the stadium to be completed for the start of the 2018/19 season. Spurs needed the income to cover spiralling costs. The problem they now face is they do not have a stadium ready, and costs are still spiralling.

The project will end up costing over £1bn, and I would be surprised if they play at the new ground this season.

Yesterday Liverpool proved that they are the greatest team of all time, with the greatest manager of all time. In Alex Oxlade-Chamberlain they have the most improved player of all time. The hyperbole from the media and fans was almost as cringe as Spurs appealing for a goal to be given to Harry Kane.

Fair play to Liverpool though. They were under dogs against Manchester City and performed well to knock them out – even though they got a huge slice of luck from the referee with a goal disallowed that would have made it 3-2 on aggregate.

Despite running away with the Premier League, Manchester City have now suffered 3 defeats in a row. 4 losses in 6 games, and 3 home losses on the trot.

It is not a massive surprise about Manchester City’s recent stumble.

At Bayern Munich, Pep Guardiola’s side always seemed to struggle in the last quarter of the season

In 2013/14, Munich messed up a chance of an unbeaten season when they drew 1, lost 2 on the spin. In April they were also defeated by Real Madrid in the Champions League. A year later, they lost 3 on the spin in the Bundesliga and were once more knocked out of the Champions league at the semi-final stage.

Whilst in both seasons, the defeats happened after the title was sown up, it still highlights a fall off in performance at the later end of the season.

Pep Guardiola is so intense, his training sessions, the way he deals with players, etc, that it is only natural that they get burn out. We are maybe now seeing the same with Manchester City.

A defeat to Spurs at the weekend could see Man City not securing the league title until May. It will be a case of limping over the line for a team that was considered one of the greatest in history (after the current Liverpool side).

Anyway, I did not watch the Champions League game. I have no real interest.

Instead I watched The Island with Bear Grylls. Great TV viewing if you are not already on it. Hopefully in the next episode, whalers will come along and harpoon the 3 poor people. Workshy, lazy, overweight wastes of oxygen. They are a disgrace to working class folk who grind 10 hours a day to put food on the table.

All I care about is Thursday. The Europa League.

At 4-1, you would think Arsenal are comfortable. But last night Barcelona went to Rome with a 4-1 lead from the home leg. They lost 3-0 and went out on away goals.

This result could be good for Arsenal. Arsene Wenger should make players watch the game on the flight to Moscow, to avoid complacency.

To those going out there, enjoy the game, stay safe.

A final thought of the day…

Question – would you rather:

Some of the XL retro shirts now available from https://t.co/Y4J7P4xq1o pic.twitter.com/GDKFYnJV7y

As revealed on this site in March, Arsenal are in talks for a double your money deal with Adidas.

I have seen values ranging from £40m up to 60m floating about. My theory is that it will probably be in the middle of these – about £50m.

This might seem “low” in comparison to the £75m Manchester United deal, and the £60m Chelsea deal, but these are both long terms (Man U was 10 years, Chelsea 15 years).

As we saw with a 15 year deal with Emirates, the football world moves quickly

When in 2006, our deal with Emirates started, it was market leading. A 15-year deal estimated at £100 million to sponsor the stadium, combined with a 7-year shirt sponsorship. It was quickly outdated. 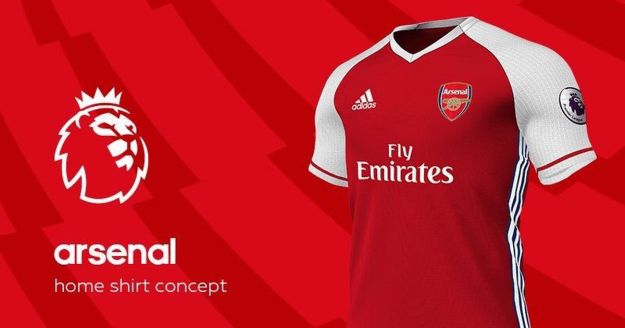 My bet is that Arsenal will go for less money per season from Adidas, but a short deal, likely 5-years.

This means we will be in a position to renegotiate the deal in 2024. Who knows what the footballing landscape will look like then. Meanwhile, Chelsea will still have another 9 years to go on their deal.

I also would not be to surprised if Puma come in with a late offer like they did the last time. They do not want to be left with no top English team wearing their shirts.

The pair are often labelled as not good enough ,and get a lot of justified criticism from fans. But against Southampton both performed well.

2 goals and an assist for Welbeck, 2 assists for Iwobi.

Are either of them ever going to be good enough to be regular starters? Probably not.

But football is a squad game, and unlike Manchester City or Manchester United, we do not have the finances to dramatically increase our wage bill.

That means the likes of Iwobi and Welbeck are important squad players. And if they put in performances like they did against Southampton more regularly, they can then be relied upon a bit more.

Spurs. The gift that keeps on giving.

So desperate are they for any sort of success, they have appealed a goal scored at the weekend. This is not an goal that was put down as an Own Goal that they are claiming, but a goal scored by another Tottenham player.

Cristian Erickson scored a free kick, and Harry Kane “swore on his daughter’s life” that it brushed his shoulder.

Firstly, Harry Kane shows he has a mental age of 12. Swearing on someone’s life is something that most of us stopped doing in secondary school.

Kane is 5 goals behind Mo Salah in the race for the golden boot. He knows that in his Tottenham career to date, he has won nothing but individual trophies. He knows the reality is playing for Spurs that he will not win any sort of team honours.

I will always remember Thierry Henry’s comments about the Ballon D’or (or lack of). His opinion stuck with me. That individual honours are not important, that it is what you win with your team that defines you as a player.

This showed through in Henry’s play. He was just as happy getting an assist as he was scoring goals. I have not seen as complete a striker as him. 30 goals a season, 20 assists a season.

Spurs appealing a goal scored by one of their own players just reeks of desperation.

3 golden boots in a row, 100 Premier League goals, and whatever else Kane might win as an individual will ultimately mean nothing if he ends up with less trophies for Spurs than Yaya Sanogo for Arsenal.

Try winning something properly, Harry, rather than whinge and moan until you get given a trophy to shut you up.