These days I can’t imagine my life without The Arsenal.

I have to thank my brother for getting me into football. When I was around 10 or 11 I would always see him watching the EPL highlights show on TV which got me interested.

At the start of 2004 I felt like I needed to choose a team and since I didn’t know much about football, I chose the team at the top of the ladder (and what a season to pick from).

The first time I got to watch a full Arsenal game was the 2005 FA Cup final versus Manchester United. I was so excited I even recorded the game on VHS. My understanding of football wasn’t great back then but I was just happy Arsenal won that day.

The next few years involved checking the scores, reading the match reports and watching the occasional Champions League or FA Cup game (which was the only games you could watch on free to air TV in Australia).

In 2009 I finally got pay TV and I was able to watch my first EPL game. I was so excited.  I’m pretty sure it was when Arsenal beat Blackburn 4-0. And ever since then my love for Arsenal grew stronger. 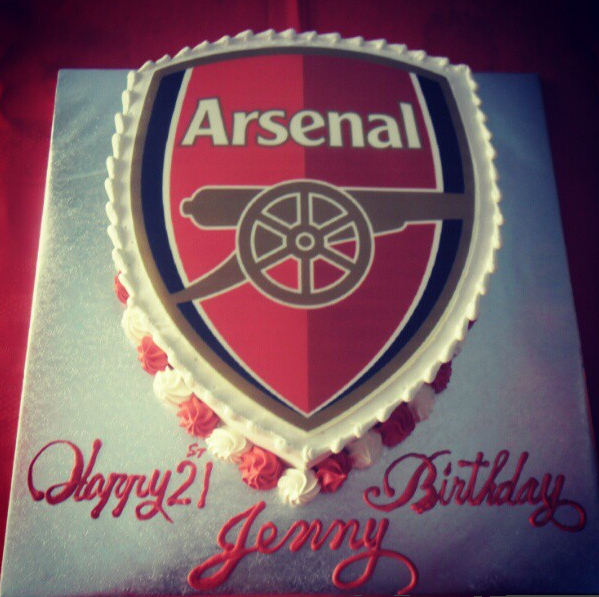 The first jersey I bought was from the Sunday market. It was a cheap imitation of the 2007/08 one with Fabregas on the back which didn’t even fit me. I didn’t even care that it didn’t fit me I was just excited that I was able to buy my first jersey. However when I was old enough to finally buy Arsenal merchandise online it has been a constant purchases ever since including mugs, stationary, key rings and of course jerseys.

Being an Arsenal fan in Australia has been difficult with the ridiculous time differences. Staying up late to watch EPL games at 2am or getting up early to watch the Champions League at 6:45am sometimes does suck when you have work or uni but you eventually get used to it.

The question that I have gotten the most from friends who don’t like football is:

“I don’t know how you can wake up at 3 or 4am in the morning just to watch a football game”.

I always reply, “Because I love Arsenal”.

Once more on BBC’s Match of the Day, the question came from Gary Lineker to his guests – Danny Murphy & Les Ferdinand. “Can Arsenal win the League?” And as if he was the son of Alan Hansen, Murphy answered no, giving the same reason as many pundits before him.

“That Arsenal can not win the league as they have not yet played anyone of note.”

We are now 13 games in to the 2013/14 season and it does not take me to tell you that Arsenal are 4 points clear. They have already played Liverpool, Manchester United & Tottenham, 3 of the 4 ‘Top 6’ as the press seem to have relabeled them (although can sides who have not won the league in 20+ years be considered a big side?)

Take Cardiff as an example. This season they have beaten Manchester City and drawn with Manchester United. Yet Arsenal beat them 3-0. That means that Arsenal could effectively lose to Manchester City and Manchester United, and only 1 point will separate the 3 based on the mini league. It does not matter how many points you gain when playing a title contender if you continue to drop points at those lower in the league. Arsenal’s lead is due to how few points we have dropped against those sides who are not a member of the Top 6. Just 5;

If the theory go’s that ‘Arsenal have not played anyone yet’ then surely by proxy, our opponents have played against each other more. And therefore, they have had less opportunity to lose points against those outside of the Top 6.

Arsenal are top of the league, not because of their ability to beat those around them (although 2 wins from 3 against Top 6 rivals is good), but due to their ability to not drop points against those who are mid table and below.

As Liverpool showed this weekend, it is important to beat those teams outside of the Top 6. Liverpool could have got to within 4 points of Arsenal had they beaten Hull. They did not, and now sit 7 points behind. Their title challenge is over.

Well after last weekend and a few disagreements with other supporters of The Arsenal over what we wanted the Man City v Tottenham result to be we decided to put both sides of the argument over. Now me and fellow writer of this blog, Keenos often do not see eye to eye, you could say that we have plenty of healthy debates over a wide range of subjects and have done so for the last 10 years. So here’s our thoughts on wherever or not to want Tottenham to beat Man City…

In favour of Manchester United – GC

Well firstly I am old enough to remember football from the early 80s, I was there in the semi final in 1991 (one of the worst day’s of my life) so I remember having to speak to and see happy Tottenham fans and that’s not a happy memory. From a very young age I was brought up to love the The Arsenal and part of that was hating that lot from Middlesex. The way I see every season is that the 1st priority is beating Tottenham, the 2nd is finishing above them. Failing those would see that lot up the road crow like mad donkeys on acid.

I look at the season as us playing 38 games with every other team having to play 36 as I want Tottenham to lose every game they play. I want them to finish every season on 0 pts with a goal difference of minus 10000. I don’t even like them winning the coin toss. Anything that makes them happy is not a good thing in my eyes.

I really can not understand any so called fan of The Arsenal wanting that lot to win anything. The joy it gave me to see Man City smash 6 (SIX) past them last Sunday was immense and rightly so, social media went nut’s and it was on full on piss take mode. The perfect weekend, us winning them getting smashed.

Now of course I’m aware that if Tottenham somehow managed to beat the other teams that could challenge us for the title/top 4 that could be good for our league position but until St Totteringhams day is done and dusted that doesn’t remain the priority. Any fan of The Arsenal who could either want or shout at their tele for that lot from Middlesex to win or even draw a game can, to coin a phrase that’s been slapped at me more times than I’ve had cold pints “fuck off down the lane”.

Do you think Tottenham fans want us to beat teams like Southampton/Everton/Liverpool that could challenge them for 6th ? of course not, there greatest moments in the last 20 years are games we have lost. IF we are to win anything and challenge for anything this season I want it to be because we have won games, not because Tottenham have somehow managed beat anyone.

In favour of Tottenham – Keenos

In 1999, Arsenal went into the last day of the season needing Spurs to beat Manchester United at White Hart Lane to be in with a chance of the title. Everyone in Highbury wanted Manchester United to lose that day. Had Spurs won, Arsenal would have won the league.

Imagine a scenario, last day of the season, Arsenal are joint top with and could win the title. They are playing the side currently in 18th. Spurs are 17th, playing the side in 2nd. What would you rather, an Arsenal title or a Spurs relegation. It is the success of oneself which defines my happiness, not the failure and sadness of another.

Yes, I was laughing with everyone else during Spurs’ 6-0 defeat against Manchester City, but I would much prefer to be 9 points ahead of City then the current 6. The success of Arsenal is what is important. Manchester United losing is more important than Spurs losing.

We are the bigger club. The fact is, Spurs often want Arsenal to lose more than they want their own club to win. They know as fans that they will never see Tottenham win the league in their lifetime, so the only satisfaction for them is seeing Arsenal fail to win it. We are different, we have the success, Tottenham winning or losing means nothing for our league chances. It is better for them to beat our rivals and finish mid table, then lose to them and still finish mid table. It is about the bigger picture.